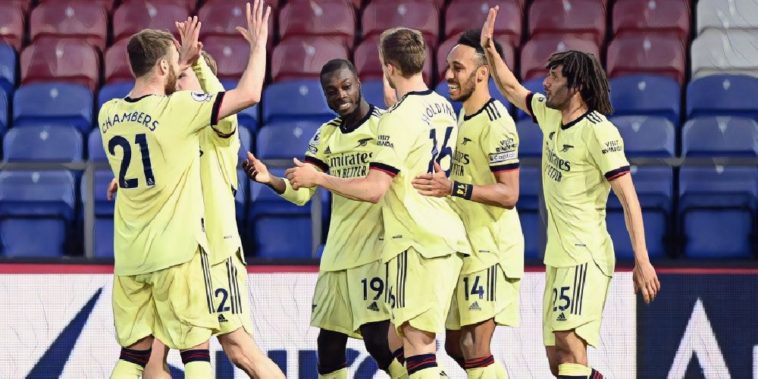 Here’s all you need to know about that meeting at the Emirates Stadium:

Following their shaky opening to the season in August, Arsenal have since recovered well to win four of their last five games in all competitions, albeit while playing out a goalless draw in their league outing prior to the international break against Brighton and Hove Albion.

In that stalemate, the Seagulls arguably had the better of the chances at the Amex, with Shane Duffy notably going close, yet they simply couldn’t find their way past the in-form Aaron Ramsdale, who is quickly becoming a key man for Mikel Arteta’s side.

The summer signing produced a string of fine saves late on to thwart the hosts and secure a third clean sheet in the last four league games, with the only goal conceded in that time coming late on in the 3-1 win over rivals Tottenham Hotspur.

With the Gunners forward line failing to fire, they were left relying on the growing solidity of the defence to help get a result, with Ramsdale – as well as Gabriel and former Brighton man Ben White – helping to ground out a hard-fought point.

That draw leaves the north London side in 11th heading into this weekend’s action, although they can be encouraged by their positive turnaround in recent weeks, having been rock bottom of the table not so long ago.

As for this weekend’s clash, the only definite absentee is midfield man Granit Xhaka, with the Swiss international set for an extended spell on the sidelines having suffered a knee injury in the north London derby.

While they’ve won just one of their opening seven league games, there have been notable signs of encouragement for Crystal Palace in recent weeks, particularly during their entertaining draw with Leicester City last time out.

After a dominant start for the hosts at Selhurst Park, they then gifted the Foxes the advantage just before the break, with the typically ruthless duo of Jamie Vardy and Kelechi Iheanacho both capitalising on defensive lapses to put the visitors 2-0 up at half-time.

However, the introduction of summer signing Michael Olise helped inspire a stirring comeback from the Eagles, with the former Reading man firing in his first goal for the club, before fellow substitute Jeffrey Schlupp bagged an equaliser soon after to secure a deserved point for Patrick Vieira’s side.

While the Frenchman will have been disappointed by the manner of Leicester’s two first-half goals, the reaction from his side to fight back in the second-half was no doubt impressive, as too was the manager’s role in bringing on both eventual goalscorers from off the bench.

The new boss’ next task will be to try to get one over the club where he spent nine years as a player, winning three league titles and notably captaining Arsene Wenger’s famed ‘Invincibles’ side in the 2003/04 campaign.

As for this weekend, Vieira will once again be without both Nathan Ferguson and Eberechi Eze, with the two youngsters still facing a lengthy lay-off.

The two sides last meeting came in the penultimate match of last season, with a dramatic late show from the Gunners spoiling the party in Roy Hodgson’s final home game in charge.

Still retaining a glimmer of hope of qualifying for Europe, the visitors made the perfect start at Selhurst Park as Nicolas Pepe rounded off an excellent team move with a fine volley, before Christian Benteke drew the home side level midway through the second-half with a diving header.

In a frantic finale, substitute Gabriel Martinelli swept home from close range in the first minute of injury time to put Arsenal ahead, before Pepe ensured all three points with his second of the night a few minutes later.

What channel is Arsenal v Crystal Palace on?