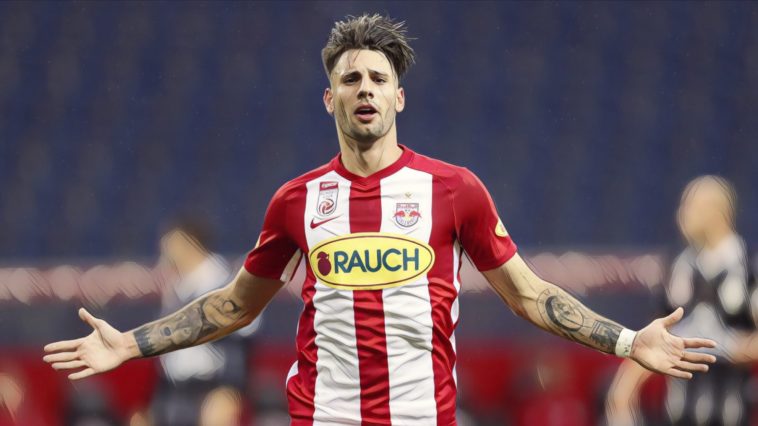 Arsenal are interested in a winter window move for Red Bull Salzburg playmaker Dominik Szoboszlai as the club seek to solve their creativity issues.

Mikel Arteta’s side have struggled to create opportunities during an inconsistent start to the campaign, with the Gunners currently 11th in the division after losing four of their opening eight Premier League fixtures.

The north London side had been keen to sign a creative midfielder during the summer and were previously linked with a move for Lyon star Houssem Aouar, though according to the Mirror, have switched their attentions to promising Hungary international Szoboszlai.

The 20-year-old is the latest bright talent to emerge from Salzburg’s ranks and has been linked with a host of leading clubs since breaking into the first-team, the likes of AC Milan and RB Leipzig amongst those to have reportedly tracked his progress.

Szoboszlai has helped Salzburg to three consecutive league titles and was named as the Austrian Bundesliga’s Player of the Season last year, whilst he has made an impression on this season’s Champions League with spectacular goals against both Lokomotiv Moscow and Atletico Madrid.

The youngster is believed to contain a release clause in his contract of just £23m, with Arsenal understood to be looking at ways to structure the deal having invested significantly in their squad during the summer with the signings of Gabriel Magalhaes and Thomas Partey.

Adding one of Europe’s brightest prospects to their ranks will be a major boost to Arteta as he bids to build a side capable of securing a top four finish and securing Champions League qualification, Szoboszlai capable of playing in a variety of roles across the forward line and has scored 22 goals in 74 appearances for Salzburg.