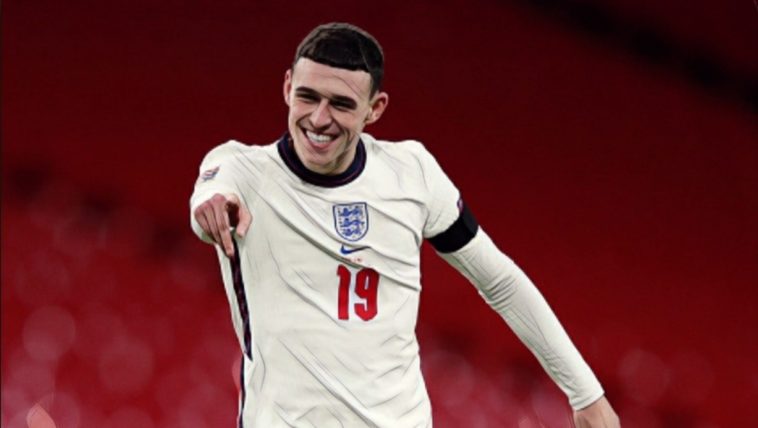 The international break can be seen as a hindrance for players in form or fatigued with their clubs, but also an opportunity for players to gain some momentum before the return of the Premier League.

Some players have carried their domestic form into their National side’s fixtures, while some have gained some new confidence and are beginning to look like the player they know they are.

The 27-year-old was part of the Moroccan side that qualified for the African Cup of Nations on Tuesday, and played a starring role in Morocco’s 4-1 win, earning the man of the match award after scoring two goals and providing an assist.

The winger then produced another classy performance against the same opposition, again being named man of the match in a 2-0 win which saw him bag another international goal and assist.

After being unavailable for a large part of the beginning of the season, Ziyech had begun to show some scintillating form for Chelsea just before the international break. He scored twice and assisted three times in his first seven appearances, four of which were from the bench.

Another man of the match performance pic.twitter.com/fCxOjnFKFh

Now looking an important part of Frank Lampard’s side, the Moroccan international will look to carry this momentum into the rest of Chelsea’s season as the Blues expensively assembled squad look to compete on multiple fronts.

The 20-year-old is already beginning to show what an absolute steal he was for Manchester City at £21 million. Having started the season at The Etihad in decent form, Torres upped his form and them some during the international break.

After a solid showing in the 1-1 draw with Switzerland at the beginning of the international break, the Spaniard became the first player to score a hat trick against Germany since Michael Owen in 2001, as his Spain drubbed the Die Mannschaft 6-0.

Torres was the outstanding performer in a phenomenal Spanish side that handed Germany their worst international defeat since 1931. He showed pace and trickery throughout an incredible performance where he was also wrongly disallowed an assist for Alvaro Morata.

The Spaniard now returns to Manchester with what looks like a firm grip on his starting position. Pep has just signed a new two-year-deal with City and looks ready to give the young forward a platform to continue his development domestically.

Another young attacking talent for Pep Guardiola to be excited about returning to the Etihad is Phil Foden. The 20-year-old was sublime as England beat Iceland 4-0.

In their final Nations League game, Foden lit up an empty Wembley Stadium and earned himself the man of the match award. Despite scoring twice in the game, his most impressive moment of the game was this Zidane-esque touch.

What a couple of attacking talents England have at their disposal now… pic.twitter.com/mrviLopg5U

Having been disciplined by Gareth Southgate in September for breaking Covid-19 protocols, this performance helped remind the coaching staff and England fans of what an exciting prospect he is and how important he can be for his national side.

He now returns to a City side where he has been a bright spark in a team struggling to play their best football so far this season. If himself and Ferran Torres can deliver domestically as they did during this international break they should be back to their best soon.

The 23-year-old showed throughout this international break why he is one of the most exciting midfield prospects in world football. The Belgian pulled the strings in both crucial games against England and Denmark as his side qualified for the Nations League finals.

The midfielder opened the scoring against England after the Three Lions had started strongly. The crucial goal set the tone for the rest of the game as Belgium defeated England to stay top of their group.

In the deciding game to see who won the group, Tielemans again struck first against Denmark with an exquisite long range shot, as his Belgian side ran out 4-2 victors. Once again Tielemans was crucial in Belgium holding on to and improving their lead, as he helped Roberto Martinez’s side keep a grip of the game with a classy performance.

The young midfielder will be looking to continue the impressive form, which he has managed to show throughout almost all of his time in the Premier League. He is reportedly on the verge of signing a new lucrative contract with Leicester, as his performances at the beginning of this campaign for both club and country have shown how valuable he really is.

Georginio Wijnaldum’s differing styles for club and country offer a curious case, a midfielder often heralded for his ‘dirty work’ at Liverpool thriving in attacking areas for the Netherlands.

It continued a remarkable run in front of goal for the 30-year-old who has now scored 13 goals in his past 20 appearances at international level, just six goals fewer than he has managed in 199 appearances since signing for Liverpool.

Jurgen Klopp will have been pleased to see one of his most trusted figures in fine form during the international break, with Wijnaldum – who captained his country in the absence of Virgil van Dijk – set to play a prominent role for an injury-raved Reds side in the coming weeks.