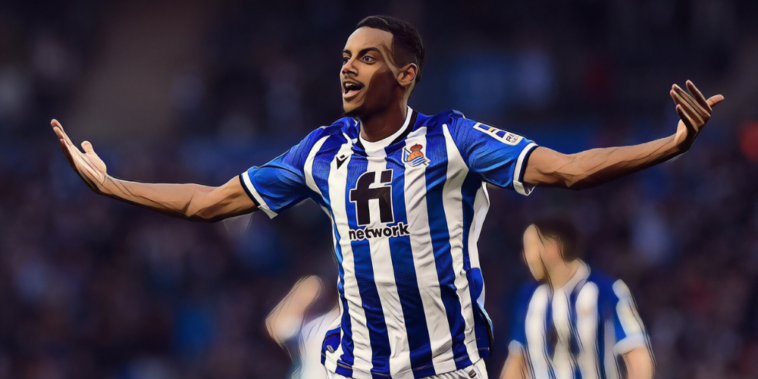 Barcelona are considering a move for Arsenal target Alexander Isak, should the club fail in their bid to sign Erling Haaland.

Barcelona want to sign a centre-forward during the summer transfer window and are interested in a deal to sign Haaland from Borussia Dortmund, with reports this week suggesting the Catalans have the finances to fund a deal for the in-demand Norwegian.

Haaland has a release clause of €75m that will become active at the end of the season and is interesting each of Europe’s elite clubs, with Real Madrid and Manchester City thought to be the frontrunners to sign the 21-year-old.

Sport are reporting that Barcelona will turn their attentions towards Isak should the club fail in their pursuit of Haaland, with the Sweden international having impressed with his performances in La Liga.

Arsenal have been linked with signing the 22-year-old this summer, with Isak understood to possess a release clause of around €90m in his contract at Real Sociedad.

Isak scored 17 league goals in Spain’s top division in 2020/21 and impressed during the summer’s European Championship with Sweden.

Barcelona have monitored his progress for some time and could rival Arsenal for his signature, as the Catalans look to rebuild under the management of Xavi at the Camp Nou.

Arsenal have also been linked with Everton forward Dominic Calvert-Lewin, with Mikel Arteta having confirmed the Gunners ‘have to make signings’ in the summer window.

The Gunners allowed Pierre-Emerick Aubameyang to leave for Barcelona in January and have both Alexandre Lacazette and Eddie Nketiah out of contract at the end of the season.