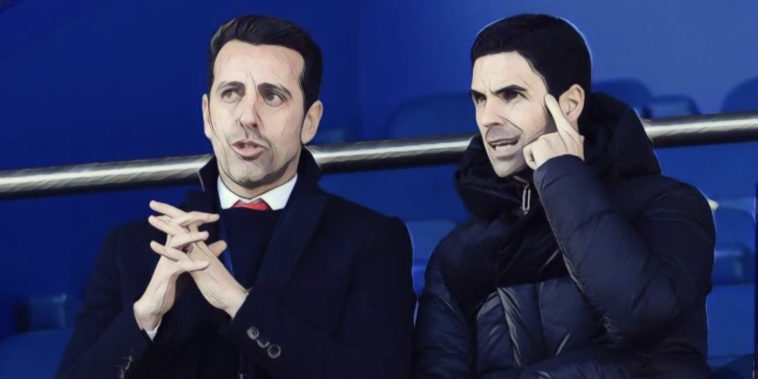 Mikel Arteta admits Arsenal ‘are going to have to sign players in the summer’ after a clear-out of senior names at the Emirates.

Arsenal were unable to bring in new additions during the January transfer window, though the Gunners chose to sanction the exits if several stars who were either unwanted or have struggled for first-team football this season.

Pierre-Emerick Aubayemang headlined the departures after completing a free transfer move to Barcelona, whilst the likes of Sead Kolašinac and Callum Chambers also moved on on permanent deals.

With a number of players – including Alexandre Lacazette, Eddie Nketiah and Mohamed Elneny – out of contract at the end of the season, Arteta admits that Arsenal will need to bring in new signings as he looks to replenish a depleted squad.

“This is not happening in one or two windows unfortunately, but I think we are on the right path and I really believe so,” Arteta told the media ahead of Arsenal’s trip to face Wolves on Thursday.

“We have players on loan that we are developing as well to understand where they can be and how much of a contribution they can have in the squad and obviously we are going to have to sign players in the summer, that’s without a question of a doubt.

“That’s something that we discuss here internally, with Edu personally all the time, with the team.

“You have to raise those ideas and the vision you have towards the owners, which are completely in line and they have been extremely supportive with us.”