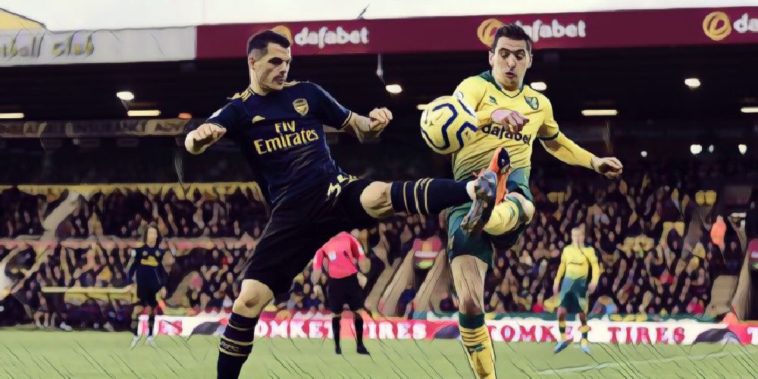 Arsenal host Norwich during the Premier League’s midweek fixtures, with the Gunners hoping to continue their momentum against a struggling side seemingly destined for the drop.

Here is all you need to know about Wednesday’s clash at the Emirates:

Arsenal‘s disastrous restart to the season has been recovered slightly with back-to-back wins, a 2-0 success at Southampton followed by progress to the semi-finals of the FA Cup with victory at Sheffield United.

After four successive away fixtures the club will be happy to return to their Emirates home, where they will be confident of securing three points despite a whole host of injury problems.

Bernd Leno and Pablo Mari are amongst the notable names on the long-term injury list, whilst David Luiz is a doubt for the clash with the Canaries after limping off during the late win at Sheffield United.

Only the current top five have taken more points than Arsenal over their last six league fixtures, and the Gunners will hope to improve that record further as they make a late bid for European qualification.

Four successive defeats for Norwich in all competitions and just one win in their previous eight league fixtures, Daniel Farke’s side have a mountain to climb if they are to ensure Premier League survival.

Six points adrift of 17th-placed West Ham with just seven games remaining, Norwich travel to the Emirates before facing three of the five sides directly above them – Brighton, Watford and West Ham – in their next three.

The Canaries hard-working and attacking approach has won plenty of plaudits, but those showings must now be accompanied with tangible results, starting with a trip to face an Arsenal side who are unbeaten in the last seven meetings between the sides in all competitions.

They will head to the Emirates amongst a defensive crisis, Norwich without the injured Christoph Zimmermann, Sam Byram and Grant Hanley, whilst Timm Klose is suspended following his red card against Manchester United.

Freddie Ljungberg’s first game as interim manager of Arsenal ended in a draw at struggling Norwich, Pierre-Emerick Aubameyang twice equalising against a Canaries side who had threatened to cause an upset at Carrow Road.

Teemu Pukki’s deflected effort opened the scoring for the hosts before Aubameyang’s equaliser from the penalty spot, the Gabon international confidently firing home after Christoph Zimmermann was penalised for a handball.

Arsenal’s defensive frailties were once again exposed as Todd Cantwell fired Norwich back into the lead on the stroke of half-time, only for Aubameyang to recuse a point in the second half after reacting first to a loose ball following Mesut Ozil’s corner.

UK and Irish readers can watch the clash on BT Sport 1, whilst US supporters can view the fixture on NBCSN.

Arteta attempts to temper expectations ahead of William Saliba arrival