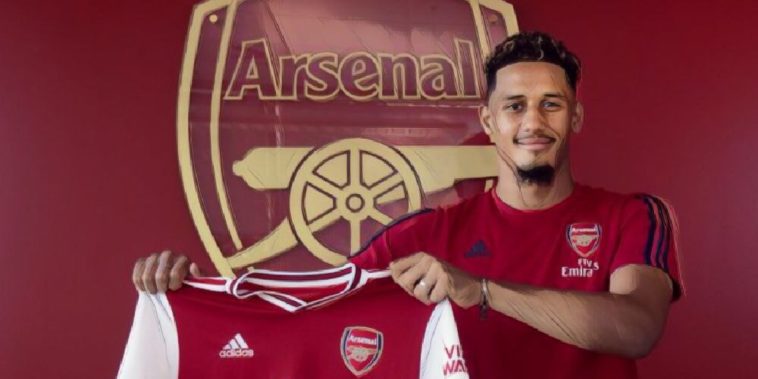 Mikel Arteta has attempted to temper expectations ahead of William Saliba’s arrival at Arsenal and wants the defender to extend his loan spell at Saint-Etienne.

Arsenal signed the highly-rated centre-back from the Ligue 1 side last summer before loaning him back to the club to continue his development, with Saliba having enjoyed a promising campaign before the curtailment of the French league season amid the coronavirus pandemic.

Saliba’s current loan arrangement is set to expire tomorrow but Saint-Etienne are keen to agree a short-term extension for the 19-year-old, with the club set to face Paris Saint-Germain in the rescheduled French Cup final on July 24th.

Arteta has given his backing to a short-term extension, believing the teenager has earned the opportunity to play in next month’s showpiece in Paris.

“I think he needs to stay there,” Arteta said at his pre-match press conference ahead of Arsenal’s clash with Norwich tomorrow.

“We have got an agreement with Saint-Etienne, he has been over there all year.

“He has earned the right to play in that final if the manager wants to do that. I think we have to give him the opportunity to do that, to enjoy that and we can have him after that.”

Arteta says he has been in conversation with Saliba and closely monitored the youngster’s progress ahead of his return to England this summer, but urged patience from fans amid ‘high expectations’.

“I spoke with him a few times,” said Arteta. “He has been around a few times here as well. We have been following his season. As a young player, he had a difficult season with injuries that he had but it is part of his process.

“I know how high the expectations are on him for next year but we have to bear in mind the age that he’s at and what he has done in the past, and make sure we create the right environment for him so he can keep going as a player.”