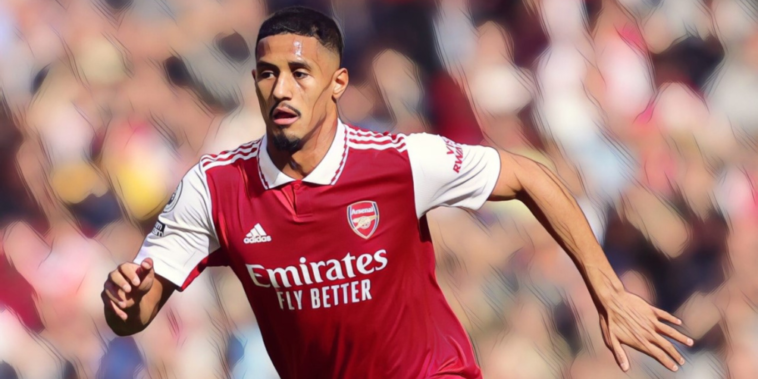 Arsenal have made a contract offer to William Saliba as the club look to secure the defender’s long-term future.

Saliba has made a major impression since being handed a chance in the Arsenal side this season, with the centre-back having produced a series of impressive performances for the Premier League leaders.

The 21-year-old signed for Arsenal in a £27m deal from Saint-Etienne in 2019, but spent the previous three seasons on loan before being handed his long-awaited debut earlier in the campaign.

Saliba – who has won seven caps for France since his international debut earlier this year – has started all 12 fixtures for Arsenal in the Premier League this season, scoring twice.

Arsenal are keen to reward his importance with a new deal and have made a proposal to extend his current contract. Saliba’s deal runs until 2023, though the Gunners have the option to extend for a further season.

The Athletic are reporting that no agreement has been reached, but negotiations are continuing as Mikel Arteta looks to tie down the centre-back who has been a crucial part of his improving team at the Emirates.