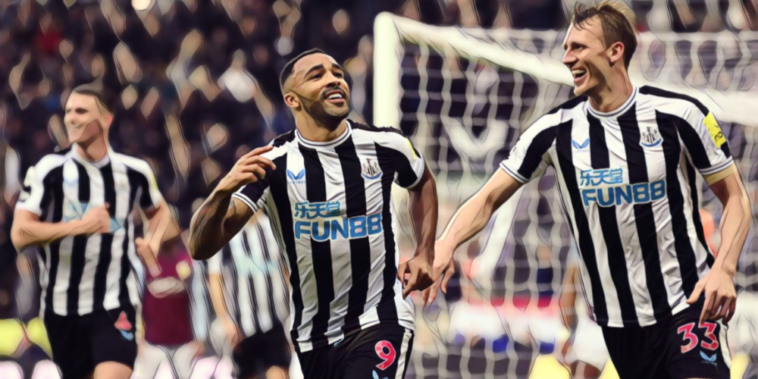 Jesse Marsch was a man under pressure heading into the weekend fixtures, with Leeds without a win since August and into the bottom three after a run of four straight defeats.

Few expected that form to change as Leeds travelled to Liverpool, with the Reds – despite indifferent form so far this season – unbeaten at home in the Premier League since March 2021. Liverpool had scored six in the same fixture last season, but struggled to convert their chances as an inspired performance from Illan Meslier led Leeds to a shock win at Anfield.

Mohamed Salah had levelled for Liverpool after Joe Gomez gifted Leeds an early opener, before Meslier’s string of saves provided the foundation for Crysencio Summerville’s late goal to seal a dramatic victory for Leeds.

The win sparked wild celebrations from Leeds and lifted the club out of the bottom three, with the task for Marsch to build on this success and keep the club out of danger.

An honourable mention goes to Cristiano Ronaldo’s pre-game snub of Gary Neville, with the Manchester United forward clearly less than impressed with recent comments from his former teammate.

Neville was vocal in his criticism of Ronaldo last week, after the Portugal captain was disciplined for his refusal to come on as a substitute against Tottenham.

It appears Ronaldo has taken that criticism personally, much to the delight of Jamie Carragher who was quick to welcome his Sky Sports colleague into the ‘blanked by Ronaldo club’.

Are you watching Gareth Southgate? It’s been a call from the Newcastle fans all season as Callum Wilson pushes for a place in England’s World Cup squad and the forward improved his chances of selection with a brilliant performance under Southgate’s gaze this weekend.

The England manager was in attendance as Wilson scored twice against Aston Villa, with his goals setting the tone for a 4-0 win that maintained the Magpies’ place in the top four.

You fans were unreal today! What an afternoon at St James Park, I love this place 🤩😍 pic.twitter.com/tyXIx1PhWd

Wilson’s was a complete centre-forward performance, as he confidently slammed home a penalty for the opening goal, before freeing himself in the area to head home Kieran Trippier’s inviting delivery. It could have been more for the 30-year-old, who was denied a hat-trick by the woodwork and a last-ditch challenge from Mings.

Harry Kane and Ivan Toney are the only Englishmen with more Premier League goals than Wilson this season, while only Kane can better his minute-per-goal ratio with the Newcastle number nine looking razor-sharp at present. He has not been capped since 2019, but if Southgate’s selection is based on form there can be little argument that Wilson warrants inclusion for Qatar.

Villa – who last won at St James’ Park on an afternoon when Kieron Dyer and Lee Bowyer traded punches as Newcastle teammates – couldn’t cope with Wilson this weekend.

Manchester City required a moment of genius from their brilliant Belgian to edge Leicester this weekend, with the Foxes frustrating the champions with a low-block and large numbers behind the ball.

There was nothing that Leicester or goalkeeper Danny Ward could do about Kevin De Bruyne’s winner, however, a phenomenal free-kick that will be filed into a category of unsaveable efforts.

The best free-kick ever scored by a City player? 🤔@KevinDeBruyne's sublime free-kick against Leicester 👇 pic.twitter.com/C4da0tdlCb

Illan Meslier took the goalkeeping slot in our Team of the Week, but the reaction of the Manchester United players at full-time told its own story this weekend, as the red shirts rounded David de Gea in celebration.

United were forced to dig in during their 1-0 win against West Ham and relied upon a number of strong saves late on from the Spaniard.

In the week where De Gea was omitted from Spain’s 55-man provisional squad for the World Cup, the 31-year-old produced a clinic in shot-stopping that included a wonderful full-length save from Declan Rice in the final seconds at Old Trafford.

It took almost five years, but Virgil van Dijk has finally been on the losing side in a home Premier League fixture for Liverpool.

Few expected a Leeds team without a win in eight Premier League games to be the team to end that record.

1 – For the first time in his Liverpool career, Virgil van Dijk has ended on the losing side in a Premier League home game, having been unbeaten in his first 70 at Anfield for the Reds before today (W59 D11). Concluded. pic.twitter.com/Uo8W1XTx2M

It was a disastrous return to Brighton for Graham Potter, who saw his unbeaten start as Chelsea manager ended in emphatic fashion at his former side.

Both Potter and Marc Cucurella were booed on their return to the South Coast, with the latter enduring a nightmare performance against his ex-teammates.

The Spaniard – who is Brighton’s reigning Player of the Year – struggled badly and was exposed time and time again. Solly March caused constant problems for Cucurella, who has so far failed to live up to expectations since a £62m move to Chelsea during the summer.

😕 “He looks like a guy who’s completely lost going to a big club!”

Under pressure from both the crowd and his former side, Cucurella crumbled during an awful afternoon at the Amex.