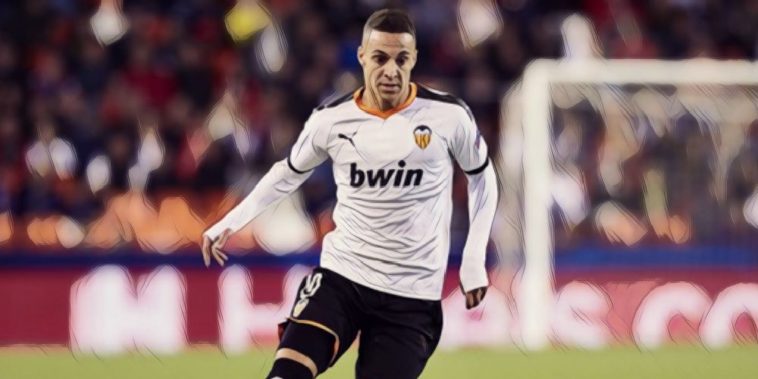 Arsenal have made ‘enquiries’ into the availability of Valencia forward Rodrigo amid fears that captain Pierre-Emerick Aubameyang could leave the club this summer.

Aubameyang – who has been linked with a move to Barcelona – will have just a year remaining on his contract at the end of the season and talks over an extension have stalled of late, whilst there is also believed to be Spanish interest in Alexandre Lacazette from Atletico Madrid.

Arsenal‘s continued absence from the Champions League has created uncertainty regarding the futures of several key personnel, and the Gunners are now considering their options ahead of the summer transfer window.

According to the Mirror, the north London side have made ‘enquiries’ into the availability of Valencia’s Rodrigo as the club seek additional firepower this summer.

The 29-year-old has scored eight times in 22 appearances for the Spanish national side but could be allowed to leave Valencia this summer, the club needing to raise significant funds in order to balance the books at the Mestalla.

The forward currently possesses a release clause of £110m, though could be allowed to leave the La Liga side for less than half of that figure given the current financial climate amid the coronavirus crisis.

Rodrigo is the second Valencia star to be linked with a move to Arsenal in recent weeks, midfielder Carlos Soler also reportedly on the club’s radar as Mikel Arteta prepares to rebuild his squad at the Emirates ahead of his first full season in charge.

Read – Mari announces he is keen to ‘stay’ at Arsenal