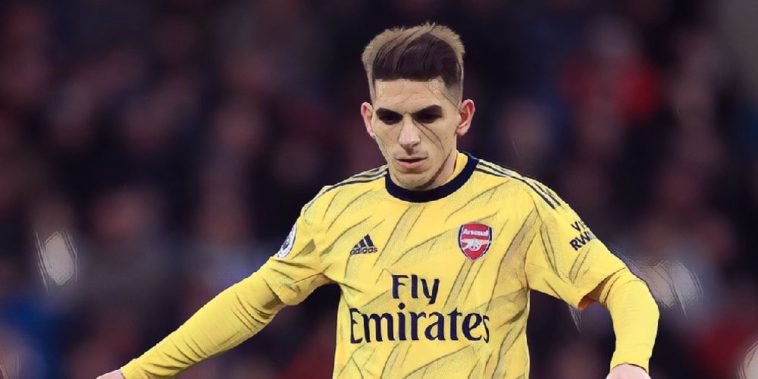 Arsenal have confirmed that midfielder Lucas Torreira fractured his ankle during the club’s 2-0 FA Cup fifth-round victory at Portsmouth.

Mikel Arteta’s side secured their place in the FA Cup quarter-finals courtesy of goals from Sokratis and Eddie Nketiah, though their evening was marred by a nasty-looking injury to Torreira who was stretchered off during the first half at Fratton Park.

Despite leaving the stadium on crutches, the Uruguayan international initially eased fears over the extent of the problem by insisting he was ‘fine’, though scans have now revealed that the 24-year-old has sustained a fracture with no date set for his potential return.

An update about the club’s current injuries on the official Arsenal website says of Torreira: “Right ankle. Sustained fracture to right ankle during Portsmouth (a) on Monday. Awaiting further specialist reviews which will determine recovery plan.”

The news will come as a blow to Arteta’s plans ahead of this weekend’s clash with West Ham at the Emirates, whilst Arsenal will also travel to face Premier League champions Manchester City in a rearranged fixture at the Etihad on Wednesday night.

In slightly better news, however, the club did confirm that summer signing Kieran Tierney is now ‘back in full training’ having not featured since early December, the left-back having made just five league appearances since his move from Celtic due to injury.