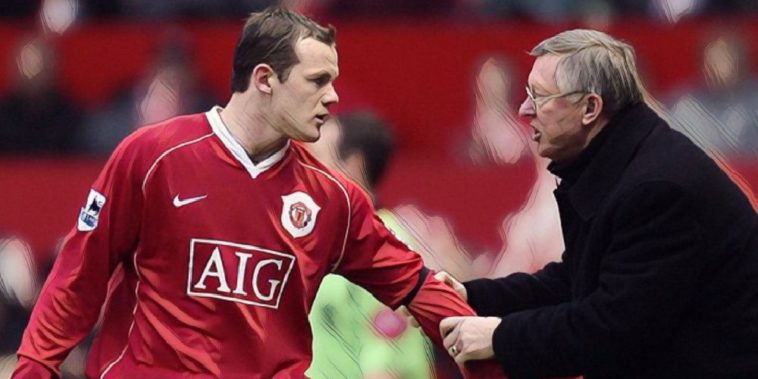 Wayne Rooney has discussed Sir Alex Ferguson’s management ability at Manchester United and revealed why the legendary manager was ‘the best’ at getting his message into players.

Ferguson would make Rooney the most expensive teenager in history when signing him from Everton in 2004, the duo enjoying a trophy-laden period together at Manchester United, winning five league titles and the Champions League amongst a wealth of major honours.

Despite that success, however, the pair enjoyed a strained relationship at times, Rooney twice coming close to leaving Old Trafford – incidents which the club’s all-time record goalscorer has previously admitted regret.

Rooney – who is beginning his own career as a coach – has now opened up on Ferguson’s management style and just what made him so successful, and is in doubt over the impact the Scot had on a career that has seen him win every major honour and break goalscoring records for both club and country.

“The one thing is his management. It’s the best I’ve ever seen,” Rooney said in an interview with The Telegraph. “I always remember as a kid, every half-time, arguing with him, constantly. I remember thinking, ‘Why does he keep having a go at me? There’s players far worse than I’ve been!’

“Then the older you get, the more you realise why he’s doing it. He’s obviously aiming it at other players who can’t take it.

“He would have a go at me for dribbling. Well, I dribbled a bit more then! If he’d spoken to Nani the way he spoke to me, he’d break down in tears. But it would just maybe trigger something in their head. He knew how to get that message across.”

Rooney will come up against his former side on Thursday evening when Derby County host United in the FA Cup fifth round.