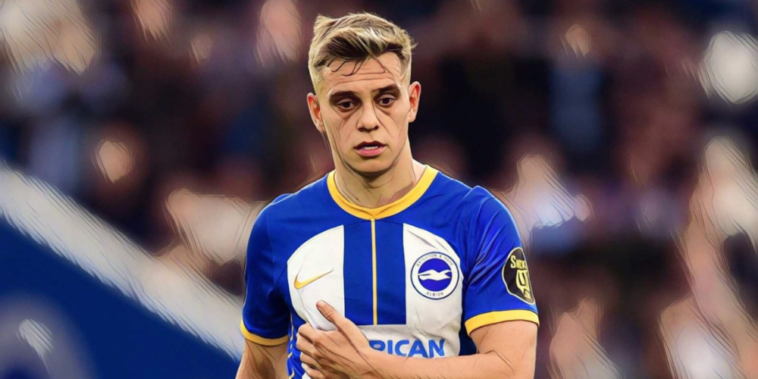 Arsenal are in advanced talks to sign Leandro Trossard from Brighton as the club look to bring in new additions this month.

Mikel Arteta wants to improve his options in the final third with a wide forward and has targeted a deal for Trossard after missing out on the signing of Mykhaylo Mudryk to Chelsea.

Trossard wants to leave Brighton after a fall-out with manager Roberto De Zerbi and Arsenal are exploring a deal to sign the Belgium international.

The winger was not included in the squad for Saturday’s 3-0 win over Liverpool, with Trossard’s agent, Josy Comhair, having claimed the Belgian is no longer on speaking terms with De Zerbi after an altercation with a teammate.

The Athletic reported last week that Tottenham had seen an offer of £12m turned down for the 28-year-old and Fabrizio Romano has now revealed that Arsenal are closing in on a deal.

Personal terms have been agreed with Trossard and a formal bid is expected to be submitted to Brighton with negotiations described as at an advanced stage.

Trossard would represent a versatile option for the Gunners, having featured on both flanks and as a false nine during his time with the Seagulls.

He has impressed for Brighton this season and has scored seven goals in 16 league appearances. De Zerbi discussed Trossard’s future after the win over Liverpool and had said that the door remained open for the Belgian to return to the squad.

“I’m fine with myself and I’m ready to open the doors for him, because he’s a good guy and a very important player for us,” the Italian said.

“He changes the team, but he has to understand and work with my attitude, in my way, because I am the coach. I decide the rules inside the dressing room.”