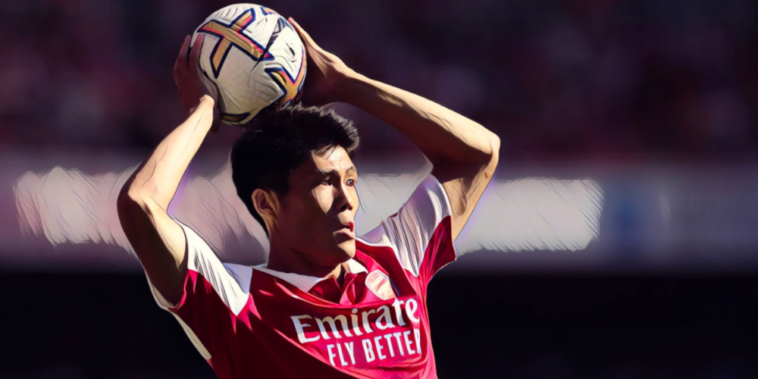 Takehiro Tomiyasu has sent a warning to teammate Ben White that he wants his ‘position back’ in the Arsenal side.

Tomiyasu has struggled for regular minutes this season and has failed to start a Premier League fixture during the current campaign, with Ben White preferred at right-back across the season’s opening weeks.

The 23-year-old shone after arriving from Bologna last summer, but missed much of the second half of last season with a calf problem and has since failed to regain his place as a regular.

Arsenal’s fine form to start the season has left the Japan international watching on from the sidelines, though Tomiyasu has sent a warning to White that he intends to ‘work hard’ and reclaim his place in Mikel Arteta’s plans.

“What is required in this league is quite high and I’m not satisfied,” Tomiyasu said at a press conference ahead of Japan’s friendly with the USA.

“When you look at the players selected as starters in the Premier League games, you will understand what is required to be there. I will work hard in order to get my position back.”