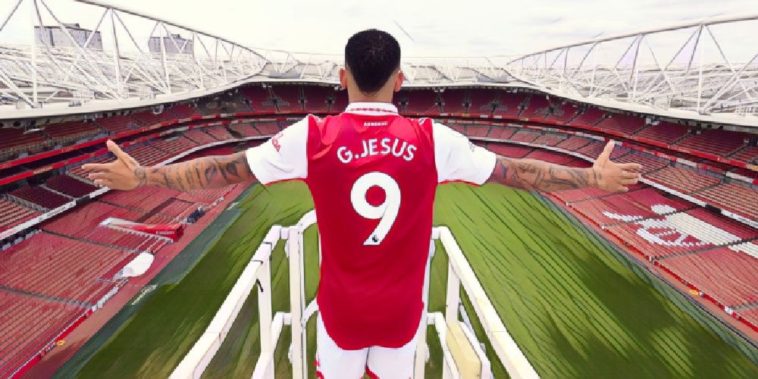 Arsenal have confirmed the signing of Gabriel Jesus from Manchester City, with the forward signing a long-term contract at the Emirates.

The north London side have confirmed the arrival of Jesus from the Premier League champions, having agreed a deal worth in the region of £45m.

Jesus won four Premier League titles across his five-and-a-half seasons at the Etihad, scoring 95 goals across all competitions. He had been keen to leave City in search of more regular first-team football however, having struggled for an automatic place in Pep Guardiola’s plans.

The 25-year-old will hope to earn a place as Brazil’s starting centre-forward for the World Cup in November, having scored 19 goals in 56 caps at international level.

Mikel Arteta – who worked alongside Jesus during his time on the coaching staff at City – expressed his delight at ending Arsenal’s search for a centre-forward.

“The club has done a tremendous job to recruit a player of this stature. I know Gabriel personally very well, and we all know him well from his time in the Premier League and being really successful here.

“This is a position that’s been on our radar for a long time now and we have managed to get a player that we all wanted, so I’m really happy.”