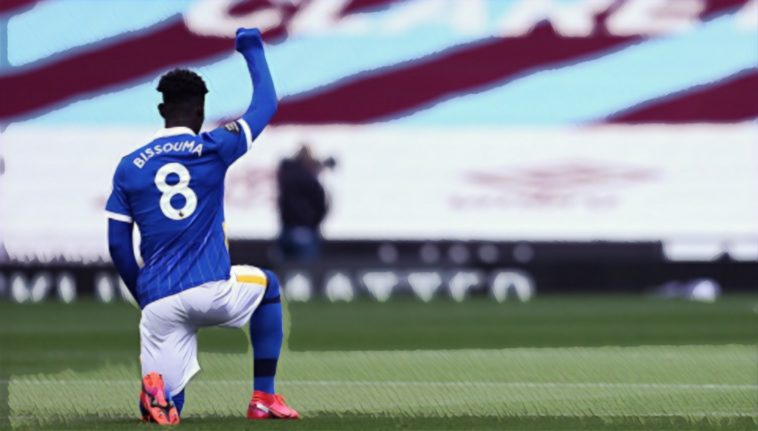 Arsenal are reportedly growing ‘confident’ of landing Brighton and Hove Albion midfielder Yves Bissouma this summer, the player set to be available for around £30m.

The Malian international arrived at the Amex from Ligue 1 side Lille back in 2018 and has gone on to develop into of the Premier League’s most consistent midfielders, playing a starring role once again this season as the heartbeat of Graham Potter’s side.

The 24-year-old was at his typically brilliant best on Saturday afternoon as the Seagulls all but secured their place in the top-flight next season, goals from Pascal Gross and a sublime Danny Welbeck strike proving the difference against an out-of-sorts Leeds United side.

While securing their survival may have perhaps lessened the need to sell their star assets, it would appear that the club are resigned to losing Bissouma this summer, amid interest from a number of the division’s top sides.

According to the Daily Star, the Gunners are said to be in ‘pole position’ to sign the player and are growing ‘confident’ that they will be able to get the deal done, despite rival interest from the likes of West Ham United, Tottenham Hotspur and Everton.

As per the report, Mikel Arteta views the box-to-box midfielder as the perfect foil for last summer’s midfield addition Thomas Partey, with Bissouma a relatively affordable option at just £30m.

Arsenal‘s midfield options currently appear thin on the ground, while recent rumours have suggested that on-loan Real Madrid man Dani Ceballos won’t be signed permanently at the end of the campaign.

While Bissouma still has two years remaining on his current deal, it would appear that the South Coast club are willing to allow him to depart at the end of the season, after three impressive seasons with the Seagulls.

The club could potentially already have a ready-made replacement in the form of Moises Caicedo, the young Ecuadorian midfielder having signed for the club back in January, amid reported interest from Manchester United.

Ranking the five Premier League players with most passes this season