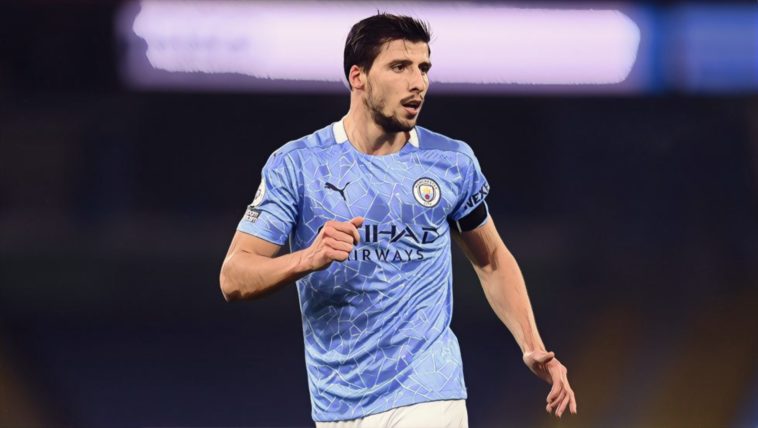 In days gone by English football was often belittled as being too heavily reliant on the direct, long-ball approach, yet following the influx of top tier talent – both on the pitch and in the dugout – the game has developed a more possession-based style.

While not every present-day manager adopts the same game plan – *cough* Sam Allardyce – it has become much more the norm to see sides playing out from the back, or perhaps taking a slightly more measured approach to attacking, rather than the potentially more exciting, gung-ho style of yesteryear.

It may make many a supporter wince when seeing their backline knocking the ball around with little incisive passes, rather than simply just hoofing it long, yet it would seem that this brand of football is here to stay.

Of course, there are certainly those sides and players who are more adept at retaining and recycling possession, so let’s take a look at the five players with the most passes in the Premier League this season:

An at times heavily criticised figure among the Manchester United fanbase, the England international’s performances have perhaps gone under the radar this season and have been integral to his side’s strong league position this season.

While it would seem the former Leicester man is still in need of a long-term centre-back partner, the Red Devils backline has been fairly stubborn so far this term, conceding just 35 goals in the league – the third best defensive record in the top-flight.

Although Solskjaer has chopped and changed between Victor Lindelof and Eric Bailly on the right of the defence throughout the campaign, Maguire has almost been an ever-present at left centre-back, the £80m currently one of just five Premier League players to have played all 2,970 minutes so far this season.

That remarkable record comes after the former Sheffield United man was also reported to have played the most minutes in world football in the 2019/20 campaign, the Red Devils captain a real reliable and commanding figure at the back for Solskjaer’s side.

Not just a physical presence in both boxes, the 28-year-old has also shown his capability to drive forward with the ball from the back to spark attacks and has made an average of 66.21 passes per match so far this term, his 2,185 passes the fifth highest in the division.

Maguire’s former Hull City teammate Andy Robertson is another who has seen plenty of the ball this season, despite what has been a difficult campaign for Liverpool.

While not solely to blame for their struggles, the club’s spate of defensive injuries has really wreaked havoc on their hopes of securing back-to-back league titles, with Robertson arguably the only first-choice defender not to have endured an extended absence this season for Jurgen Klopp’s side.

The Scotland captain has only missed 34 minutes of league action this season and has chipped in with five assists to date, albeit that is some way below the 12 he recorded during the Reds rampant title charge last season.

Much like last term, however, the diminutive full-back still provides a threat down the left-flank and has registered the most attempted crosses in the league this season (255), just pipping teammate and fellow defender Trent Alexander-Arnold (248).

It may not have been his finest campaign on a personal level nor a collective one since his move to Anfield in 2017, yet Robertson remains one of the most influential players in the league in the final third, ranking 15th for ‘Big Chances’ created so far this campaign (9).

The Manchester City midfielder is something of an unsung hero in Pep Guardiola’s extremely talented side – the Spaniard a really effective presence as the protector to City’s backline, as well as the man who keeps things ticking in the centre of the park.

The former Atletico Madrid man – now in his second season at the Etihad – has shaken off some early criticism to really rubber-stamp his importance to the league leaders, acting as the midfield metronome behind the all-star cast in attack.

In a team that can often be so fluid in its attacking ranks, having someone to steady the ship in the centre of midfield has been vital, the 24-year-old stepping into the shoes of versatile veteran Fernandinho more than admirably.

Although never one to try anything too extravagant, it’s still hugely impressive that the midfielder has a passing accuracy of 91% so far this season in the top-flight, while he’s also recorded an average of 81.76 passes per game.

With Man City having already wrapped up the Carabao Cup and a third league title in four years a matter of when, not if, the primary focus for Rodri and co. will be ending the season with that elusive Champions League winners medal.

Despite what has been an underwhelming campaign for Spurs as a whole, the performances of summer signing, Pierre-Emile Hojbjerg, have been a real highlight, with the Denmark international midfielder making a fine start to life at the Tottenham Hotspur Stadium.

The former Bayern Munich man had spent four years at Southampton prior to his move to north London, yet appears to have taken his game to new heights this term, acting as the real engine in midfield for the top-four hopefuls.

With Harry Kane and Heung-min Son grabbing the goals and the headlines at the top end of the pitch, Hojberg does the dirty work in the centre of the park, making the third-highest number of tackles in the league this season (88) as well as recording the most ball recoveries for an outfield player in the top-flight (257).

That being said, despite his strong, combative showings, it’s not exactly gone to plan for the club this season; Spurs’ disappointing league campaign and shock Europa League exit ultimately proving the end of manager Jose Mourinho’s time at the club.

While Hojbjerg has been an inspired signing for Spurs, the accolade for signing of the season simply must go to Ruben Dias, the Portugal international having made an immeasurable impact on the Manchester City side since his arrival in the summer.

The former Benfica man was something of an unknown quantity on these shores prior to his £60m move to the Etihad back in September, yet has quickly demonstrated his exceptional talent, turning a previously shaky backline into an almost impenetrable fortress.

The league leaders’ 17 clean sheets and just 24 goals conceded speak for themselves, yet it’s the way that Dias appears to relish shutting out opponents that has really caught the eye, the 23-year-old’s relentless defensive mindset having clearly paid dividends for the previously outcast John Stones.

First trophy with this amazing club and also special meaning for meeting the fans for the first time! Let’s goooo City!! 🥇🏆 pic.twitter.com/L1J0LgeR93

In truth, after a shaky start to the season, it was the defence that really carried Guardiola’s side through, their title charge having been built on a rock-solid defence, rather than the usual free-flowing attack that they have showcased in recent seasons.

While the hectic fixture schedule has perhaps contributed to a more measured approach from the soon-to-be champions, the arrival of Dias has allowed them to be less reliant on their forward play, safe in the knowledge that they no longer have to try and out score opponents to cover the cracks at the back.