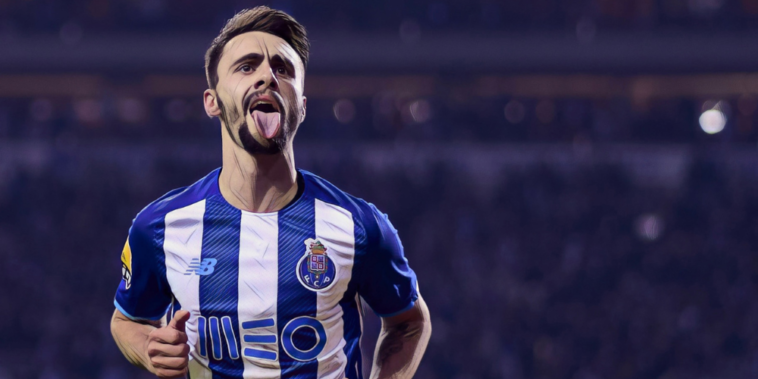 Arsenal are on the verge of finalising a £34.2m deal to sign midfielder Fabio Vieira from Porto, with the Portuguese side having confirmed an agreement has been reached.

Mikel Arteta is closing in on his first major signing of the transfer window as Arsenal near a deal for the Portugal u21 international, who is expected to sign a long-term contract with the North Londoners.

The Gunners had been keen to add to their midfield options and are now on the verge of announcing Vieira as the club’s latest signing, with the 22-year-old having impressed as Porto were crowned Portuguese champions in 2021/22.

Vieira scored six goals and provided a league-leading 14 assists from 27 league appearances, of which just 15 came from the start, and has operated in a number of roles across the midfield and further forward.

He has also scored 13 goals in 21 caps for the Portugal u21 side and was named as the 2021 UEFA European Under-21 Championship Player of the Tournament.

He will join teenage winger Marquinhos as a new arrival at the Emirates this summer, whilst Arsenal also remain keen on deals for Gabriel Jesus and Youri Tielemans.

The duo are both interested in a move to the Gunners and will enter the final 12 months of their deals at Manchester City and Leicester respectively this summer.