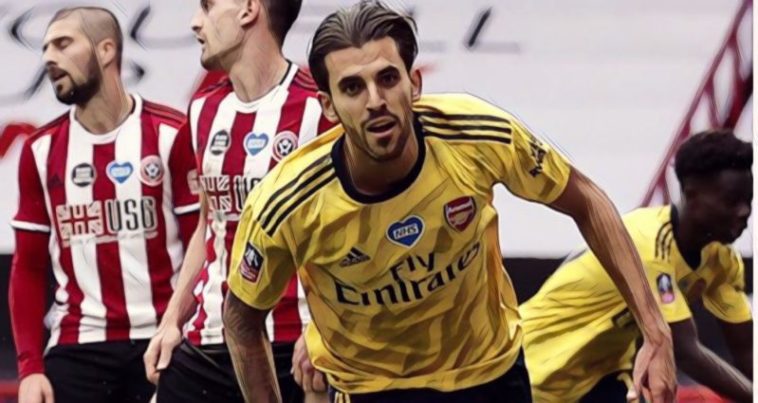 Arsenal are reportedly close to extending the loan deal for Dani Ceballos into a second year following his impressive finish to the season under Mikel Arteta.

Brought in as a more advanced midfielder, Ceballos has been utilised in a deeper role in the closing weeks of the season alongside Granit Xhaka, a role which he recently admitted he was relishing.

The nine cap Spain international looked like he could have left Arsenal back in January amid a lack of game time, starting just seven Premier League games up until the turn of the year due to form and fitness issues.

However, he has gone on to become an important part of Mikel Arteta’s side, featuring in all 10 of the Gunners league games since football’s restart last month, and according to The Times, the 23-year-old is now ‘close’ to extending his stay at the Emirates.

The Spaniard has always made clear his intention to succeed at parent club, Real Madrid, though is not thought to be in the plans of Los Blancos boss Zinedine Zidane at present, the Frenchman prepared to allow him to leave.

Real Madrid are said to value Ceballos at £30 million, though it is expected that he will initially spend a further year on loan at the Emirates.

Ceballos has scored two goals and provided two assists in his 36 appearances for the Gunners this season.

Read – The best Premier league stats from the final day: KDB and yet another Man United penalty