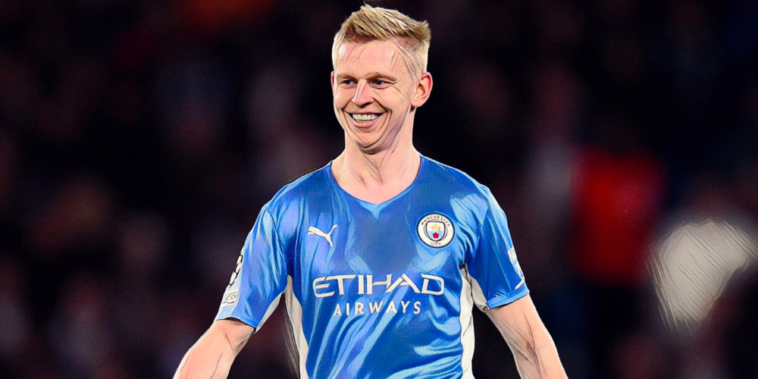 Arsenal are chasing a deal to sign Oleksandr Zinchenko from Manchester City and have opened talks with the Premier League champions.

Mikel Arteta wants to reinforce his options at left-back and is targeting a deal for Zinchenko, having worked alongside the Ukraine international during his time on the coaching staff at the Etihad.

The 25-year-old has featured predominantly at left-back for City, but operates in midfield for the national side and his versatility is viewed as a valuable asset.

The Athletic are reporting that City are open to his sale should their valuation be met, with Pep Guardiola’s side keen on a deal to sign Marc Cucurella from Brighton.

Arsenal are prioritising a deal for Zinchenko after missing out on Ajax defender Lisandro Martinez, who is keen to join former manager Erik ten Hag at Manchester United.

Zinchenko could be City’s second signing of the summer from City, having already confirmed the £45m arrival of Gabriel Jesus.

Fabrizio Romano has reported that Anderlecht’s Sergio Gomez is an alternative target should a deal for Zinchenko not be agreed, while any arrival could see Nuno Tavares depart, with Marseille interested.