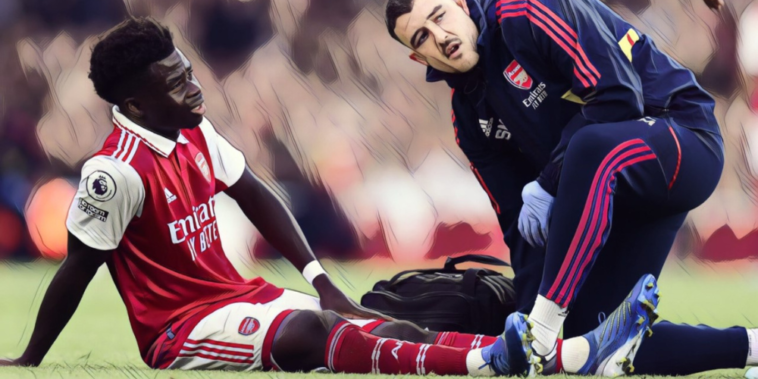 Arsenal are ‘cautiously optimistic’ over the injury Bukayo Saka sustained last weekend and believe the winger could be available to face Chelsea this weekend.

Saka was substituted during the first half of Arsenal’s 5-0 win over Nottingham Forest on Sunday after sustaining an ankle injury following a challenge from Renan Lodi, with the winger receiving treatment before being forced off with the issue.

Saka’s substitution raised concerns from both Arsenal and England, with the World Cup beginning in Qatar later this month.

However, the Sun are reporting that Arsenal are confident that the 21-year-old did not suffer a serious problem and could even return in time for the crunch clash at Chelsea on Sunday.

The England international has been in superb form for the table-topping Gunners during the current campaign, with five goals and five assists across all competitions for Mikel Arteta’s side.

He is expected to play a prominent role in England’s World Cup campaign, which will begin against Iran on November 21.

Gareth Southgate will name is squad for the tournament on November 14, before the Three Lions travel to Qatar.