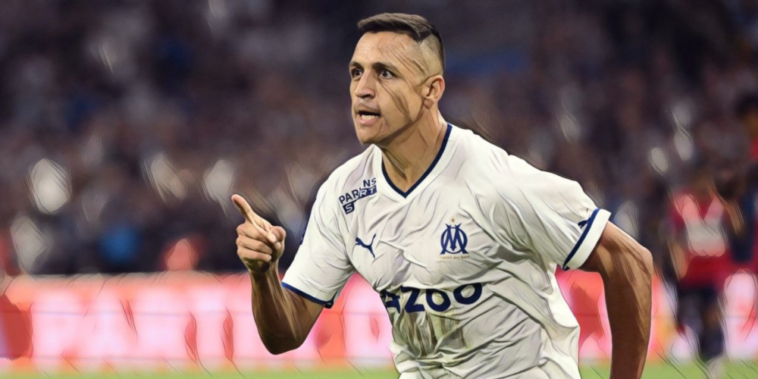 Alexis Sanchez says he is looking forward to facing Tottenham and his former manager Antonio Conte in the Champions League this week.

Sanchez will form part of the Marseille team that takes on Spurs on Tuesday evening, with all four teams in Group D capable of qualification for the knockout stages ahead of the final round of fixtures.

Marseille must beat Spurs at the Stade Vélodrome to progress to the next round and former Arsenal forward Sanchez admits he is relishing the chance to take on an old rival.

“Beating Spurs was a great joy and special and these memories I hold dear to my heart and cherish,” Sánchez told a press conference. “I have great affection for Arsenal and great memories from my time there, especially the fans. Great memories.

“Every single player has motivation to play and win. We all want to bring the victory back. In the dressing room, there is a lot of passion. Playing in front of the fans with their atmosphere is super important and that will drive us on.”

Sanchez will also come up against a familiar face in Antonio Conte, having worked under the management of the Italian at Inter Milan. The Chile international had a mixed relationship with Conte and previously said that the Spurs boss made him feel “like a caged lion” when he left him out of the starting side.

“He was a very demanding coach — if you don’t give 100 per cent on the pitch then you are dropped from the next game,” Sánchez said. “But it will be great to play against him tomorrow.”

Conte, of course, will not be on the touchline for the game following his red card against Sporting Lisbon last week.