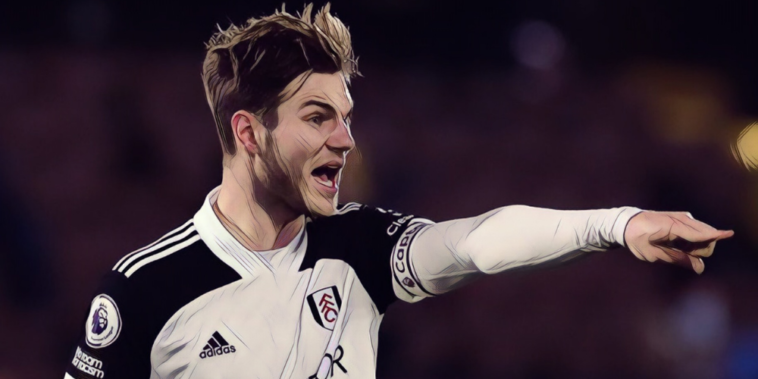 Arsenal and Tottenham are set to battle it out to sign Joachim Andersen following Fulham’s relegation, the defender having impressed during a season-long loan deal from Lyon.

The north London sides are interested in strengthening at centre-back this summer and are considering a move for the Denmark international, Andersen having been amongst Fulham’s leading performers despite the Cottagers’ drop into the second tier.

According to the Telegraph, Spurs are in ‘pole position’ to land the 24-year-old this summer, though will face competition from Arsenal who view Andersen as a potential replacement for David Luiz who is expected to leave on a free transfer at the expiry of his contract.

Andersen was named as Fulham captain earlier this season after making an instant impact upon his arrival and has won plaudits for his passing range from deep.

Spurs have struggled at centre-back this season with a number of options unconvincing, though will need to trim their options before making a move for Andersen with five central defenders on their books at present.

Andersen signed for Lyon as the club’s record transfer in 2019 but is expected to be allowed to leave this summer after a season on loan in the Premier League, the French side seeking a fee in the region of £20m for the former Sampdoria player.