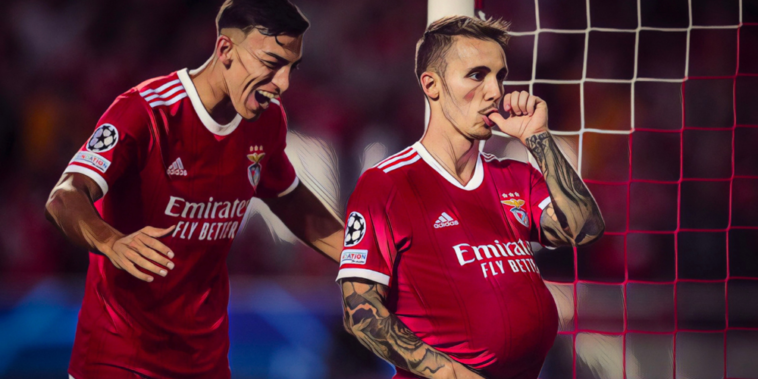 Grimaldo has entered the final 12 months of his deal with the Portuguese side and could be available in a cut-price deal this winter, with Arsenal and Newcastle backed to rival Juventus for his signature.

The 26-year-old – who was linked with a move to Manchester City during the summer – could be available for less than €10m according to TuttoJuve, via Sports Witness, and would provide an attacking option from full-back.

Grimaldo has scored 20 goals and provided 52 assists in 259 appearances for Benfica, having left Barcelona B to sign for the Primeira Liga team in 2016.

He scored a spectacular goal as Benfica’s Champions League campaign began with a 2-0 win over Maccabi Haifa this week, having also created the opening goal for Rafa Silva at The Estádio da Luz.

Grimaldo will be free to negotiate with foreign clubs from January and Juventus are said to be keen on a deal. The Bianconeri will get the chance to watch Grimaldo up close when the two teams meet in the Champions League’s group stage on Wednesday evening.