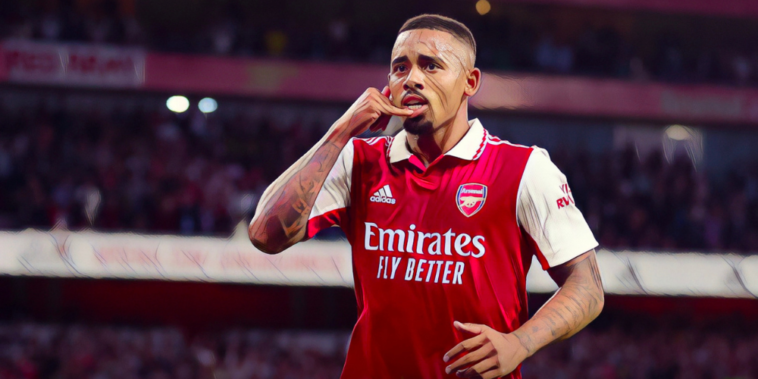 The Premier League is packed full of Brazilian talent right now, with the some of world football’s finest Samba stars at home in English football.

This summer we’ve seen several big-money Brazilian buys, with the likes of Arsenal, Manchester United and Tottenham all splashing out on South American signings.

We’ve attempted to put together a Premier League XI of brilliant Brazilians, with this team full of star quality. Just take a look at the names included on the substitutes’ bench…

Arguably the two best goalkeepers in the Premier League compete for a place as Brazil’s number one, though it is Liverpool’s Alisson who is often favoured over Manchester City rival Ederson.

The latter’s unique skillset and unrivalled distribution make this a difficult selection, but Alisson’s superior goalkeeping earns him inclusion as our shot-stopper.

Winner of the Premier League’s Golden Glove for a second time last season – coincidentally tied with Ederson for the award – he is expected to be Brazil’s first choice as the South Americans head to Qatar as World Cup favourites this winter.

Fabinho’s finest football has come in a defensive midfield role, but in order to accommodate the wealth of attacking names further forward we’ve shoehorned the Liverpool enforcer into a more unfamiliar position.

It is, however, one in which he has excelled previously having starred for Monaco at right-back before moving into a more central role.

Fabinho has provided an assured presence across his four seasons at Liverpool, earning the nickname “the Lighthouse” due to his ability to provide direction for his team-mates and minimise danger.

The evergreen Thiago Silva continues to emphasise his status as one of the modern greats, thwarting Premier League forwards well into the twilight of a decorated career.

After winning eight league titles across spells at AC Milan and PSG, he signed for Chelsea on a free transfer and soon silenced any doubts over whether his ageing legs could handle the rigours of the Premier League.

Silva will turn 38 later this month but remains a crucial component of the Blues’ backline, an authoritative defensive presence whose natural leadership shines through at Stamford Bridge.

Gabriel is pushing for a place in the Brazil squad for Qatar, with the uncapped centre-back impressing as part of Arsenal’s improving team.

The Gunners beat off competition from a number of clubs to sign the defender from Lille in 2020 and he has since grown into an important figure in Mikel Arteta’s plans.

The 24-year-old – who has been included in past Brazil squads without making an appearance – has shown signs of forming a fine partnership with William Saliba at club level this season. He was the highest scoring centre-back in the Premier League last season with five goals.

In and amongst Nottingham Forest’s bonkers summer recruitment drive was the signing of Renan Lodi, who has swapped Atletico Madrid and Champions League football for the City Ground.

After just 13 league starts last season Lodi is keen for a more regular role, as he looks to cement his place in Brazil’s plans for Qatar.

The 24-year-old made 118 appearances across his three seasons at Atletico and has won 15 caps for the national side. A full-back built in the Brazilian mould, he will hope to make an impression in English football during a season-long loan at Forest.

Defensive midfielders don’t come with much more pedigree than Casemiro, with Manchester United ending a long search for an engine room enforcer with the £70m capture of the Brazilian.

Five Champions League winners’ medals tells its own tale, for a footballer whose selfless style and combative midfield approach brought bite to a Real Madrid team who dominated European football.

Casemiro – alongside Luka Modric and Toni Kroos – formed part of a midfield trio who brought trophy after trophy to the Spanish capital and his task now will be to return the Red Devils to similar heights.

Newcastle’s new found riches were utilised during the January transfer window, with the arrival of Bruno Guimaraes a signing who led the club’s upturn last season.

Guimaraes had been linked with a number of Europe’s elite before deciding on Tyneside, where he made an instant impact to help the Magpies climb up the division.

The 24-year-old’s all-action football and partnership with compatriot Joelinton has been behind Newcastle’s rise and he will form a central part of the side moving forward.

In seasons from now, he could be regarded as the signing who kickstarted Newcastle’s revolution.

Manchester United’s marquee arrival of the transfer window wasted no time in introducing himself to his new supporters, opening the scoring in the 3-1 win over Arsenal on Sunday.

Erik ten Hag had made the signing of Antony a priority this summer and eventually secured his man in an £86m deal on deadline day.

All 1️⃣1️⃣ Reds were involved in @Antony00's goal on Sunday 👏#MUFC pic.twitter.com/4xSg47ozAX

Antony scored 12 goals and laid on ten assists for Ajax last season and emerged as one of the most exciting talents outside Europe’s top five leagues during his two seasons in the Netherlands.

Full of tricks, flicks and much more, he will bring the entertainment factor to Old Trafford this season.

Martinelli appears to have put the fitness problems that plagued his second season at Arsenal behind him and is fast becoming undroppable for Mikel Arteta.

The Brazilian’s endless energy makes him pest for Premier League defenders and he has shown improving end product around goal, scoring three times in six Premier League fixtures this season.

Oleksandr Zinchenko was full of praise for his new teammate earlier this month, calling Martinelli the ‘special one’.

“He is the special one,” Zinchenko told Fabrizio Romano during a deadline day Twitch stream.

“From the first days when I’ve seen his footwork and his attitude and the way he works. Honestly, this guy if he is going to keep going, remember his name. He’s unbelievable.”

Tottenham signed Richarlison this summer for a fee which could reach a club-record £60m, with a number of clubs having monitored his development across spells with Watford and Everton.

The 25-year-old has already impressed during the season’s opening weeks. He provided game-changing cameos in fixtures with Chelsea and Nottingham Forest, before an excellent first start for Spurs against Fulham last weekend.

Direct and dangerous in the final third, he has shone for the Selecao at international level with 14 goals from 36 appearances. Having already won the Copa America and Olympic Gold with Brazil, the World Cup will be next in his sights.

Jesus has six goal involvements (3G/3A) in six league games for the Gunners and has brought the best from the creative cast at the Emirates with his intelligent runs and link-up play.

The 25-year-old scored an impressive 95 goals in all competitions across five-and-a-half seasons at City, where he won four Premier League titles. He is the second-highest scoring Brazilian in Premier League history (61) behind Roberto Firmino (74).