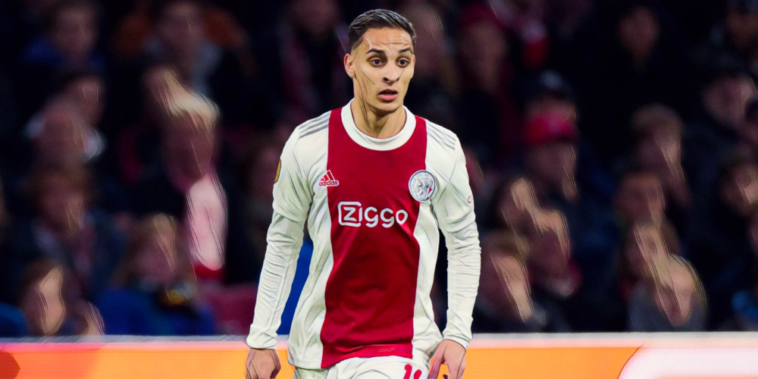 Manchester United have seen a bid for Antony rejected and will now turn their attention towards a deal for Cody Gakpo or Yannick Carrasco.

United have failed with an improved offer to sign Antony from Ajax, with the Dutch champions reluctant to sell the winger. The proposal was believed to be worth £67.6m, but has been rejected with Ajax under no pressure to sell following a number of summer exits.

The Telegraph are reporting that PSV’s Cody Gakpo is United’s main target while Atletico Madrid’s Yannick Carrasco is an alternative as the Red Devils look to add another wide option before the end of the transfer window.

Gakpo impressed during a career-best campaign at PSV Eindhoven last season, in which the winger scored 21 goals in all competitions and laid on a further 15 assists.The 23-year-old was named as Dutch Footballer of the Year in 2021/22 and is valued at around £34m.

Atletico Madrid’s experienced Carrasco is an alternative, with the Spanish side demanding a fee of around £25.5m for the Belgium international. The 28-year-old has made 204 appearances for Atletico across two spells with the club and is comfortable in a number of roles on either flank.

United want to bring in attacking reinforcements alongside the capture of Casemiro from Real Madrid, with talks progressing over a deal for the defensive midfielder. Ten Hag is also hopeful of adding a right-back and back-up goalkeeper to his squad before the deadline.