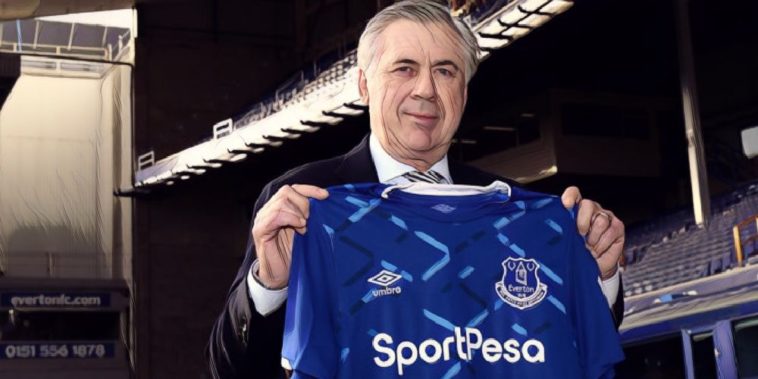 Carlo Ancelotti has outlined his ambitions of steering Everton back into Europe, though warned it will take time.

Ancelotti was appointed as Marco Silva’s replacement over the weekend, Everton having been in the drop zone at the time of the Portuguese’s departure earlier this month.

Duncan Ferguson’s interim spell in charge has seen an upturn in results, beating Chelsea and earning draws against Manchester United and Arsenal to move the Toffees up to 15th.

Despite their struggles, the Merseyside club still managed to pull off a major managerial coup by luring the highly decorated Carlo Ancelotti to Goodison Park. The 60-year-old has won domestic titles in four different countries, as well as lifting the Champions League on three occasions, and the former Chelsea boss has revealed his ambition of steering Everton towards the upper end of the Premier League and back into Europe.

“This club wants to improve, wants to compete. These were the reasons that I decided to come here,” Ancelotti said at a press conference to mark his appointment.

The pick of the bunch quote from today’s press conference introducing Ancelotti to the media was something that Everton should live by.

“Nothing is impossible in football.”

“All the people that I met on Saturday were very kind, the chairman, the board, all the supporters. It was a really good day for me.

“I now have an idea of this team and this squad, today I start to work with a lot of commitment. I am really excited. I want to try my best to help the team to be better and help the club to be competitive and give happiness to supporters.

“Our goal is to try and play better football. These players have the quality to play better.

“The long-term goal is to be competitive.

“There are a lot of fantastic teams here but we want to be ambitious. We want to be competitive and (qualifying for) Europe would be good. It takes time, it will not be overnight.”

Ferguson admits he ‘can’t wait’ to work with Carlo Ancelotti