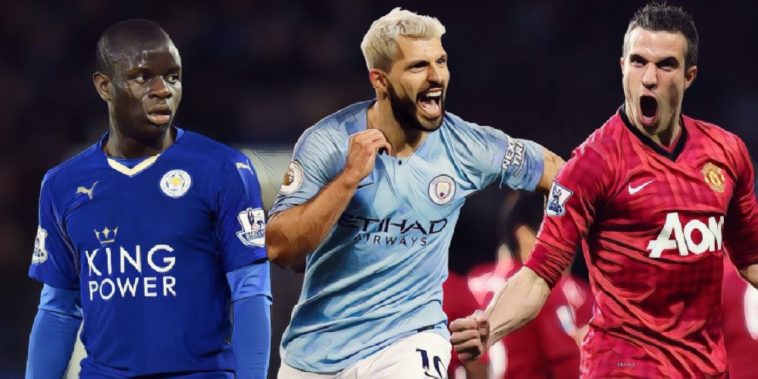 Another thrilling decade of Premier League action will come to a close in just over a week’s time, with English football’s top flight maintaining its reputation as arguably the most exciting club competition in world football.

The past ten seasons has seen four different clubs claim the holy grail of the Premier League title, whilst there have also been several iconic moments and memories that will be remembered for years to come.

The likes of David Silva and Sergio Aguero may be in contention to be crowned as the greatest player in the club’s history, but few players played a more vital role in the club’s emergence as a superpower of English football than Yaya Toure.

Forget the agent interference and birthday cake controversies, the Ivorian was a powerhouse of a midfielder who at his peak was one of the very best the Premier League has ever seen.

Signed from Barcelona at the turn of the decade, Toure would be the go-to man during the club’s biggest moments of their early success, memorably scoring the winning goal in both the FA Cup semi-final and final as the club claimed a first major honour in 35 years in 2011.

Toure would star once more as Man City claimed their first Premier League title the following year, before enjoying one of the best individual seasons in recent memory two years later to secure a second title, this time under the guidance of Manuel Pellegrini.

That season saw the midfielder score 20 league goals, his performances dragging the club to the title on the final day ahead of nearest challengers Liverpool.

Toure may not quite be remembered as fondly as some of the aforementioned names, though his place in the club’s history should be firmly secured.

Another huge part of City’s emergence as a contender for major honours, Aguero would make an instant impact following his arrival from Atletico Madrid in 2011, scoring 30 goals in all competitions including arguably the most iconic in the history of the Premier League.

Aguero’s stoppage-time winner on the final day of the season would crown City champions for the first time since the sixties, completing an improbable late comeback against QPR to snatch the title from rivals Manchester United on goal difference.

It would prove a turning point for the club who have since secured a further three titles, Aguero playing a key role in each triumph and establishing himself as the greatest goalscorer in the club’s history, eclipsing Eric Brook’s record of 177 goals in November 2017.

The Argentina international is just three goals short of overtaking Thierry Henry as the highest scoring foreign player in the league’s history, whilst he is one of just two players alongside the Frenchman to have netted 20+ goals in five consecutive seasons.

Having hit nine in the opening months of the new campaign, few would back against him becoming the first to make it six.

Having seen the power shift somewhat in both Manchester and English football with City’s 2012 title success, Sir Alex Ferguson and Manchester United would respond and did so in style that summer.

Arsenal captain Robin van Persie had been the best player in the Premier League the previous season but had grown disillusioned with the club’s inability to challenge, and rivals United would capitalise by making a stunning move to bring the forward to Old Trafford.

The decision by Ferguson to sign the forward would prove inspired, Van Persie claiming the division’s Golden Boot for a second successive season to fire the club to a record breaking 20th league title.

Hat-tricks against Southampton and Aston Villa would be highlights amid a 26-goal haul, the second sealing the title and including a stunning volley that would be regarded as one of the league’s greatest goals.

Van Persie’s impact would win the club the title, and Ferguson would retire after seeing the club lift a 13th championship under his legendary tenure.

A player who could feature on this list twice, such has been his impact in English football since arriving as a fairly unheralded signing four years ago.

Kante would arrive at a Leicester City side which had narrowly avoided relegation the previous season, bolstering the club’s midfield ranks after signing from French side Caen for a fee of just £5.6m.

The Foxes were amongst the favourites for the drop once again but would embark on an incredible run of form, emerging from 5000/1 odds at the start of the season to secure one of the greatest sporting shocks in history and win the Premier League title.

The energy and tenacity of Kante was key to their success and he was named as the club’s Player of the Year, attracting the interest of Chelsea who swiftly secured his signing after just one historic season at the King Power Stadium.

The following year the unassuming Kante would repeat his heroics, transforming a Chelsea side with his ability to win the ball and break up play as Antonio Conte’s men were crowned champions. He would become the first outfield player to win back-to-back English league titles with different clubs since Eric Cantona in the early nineties, being named as the PFA Player’s Player of the Year and FWA Footballer of the Year.

Regarded amongst the finest players in world football in his specialised position, Kante remains a key figure for club and country.

Eyebrows were raised when Liverpool decided to splash a world-record fee on the Southampton defender in January 2018, the Dutchman arriving for a staggering £75m following a long and protracted chase.

Any doubts over the Reds investment were soon removed, however, Van Dijk establishing himself as a colossal presence in the heart of Jurgen Klopp’s defence.

The German had slowly built a side capable of thrilling football during his three years on Merseyside, though their defensive vulnerability remained an Achilles heel until the arrival of the peerless star.

Van Dijk’s arrival helped transform a previous weakness into a strength, Liverpool possessing the best defensive record in the Premier League last season as they narrowly finished as runners-up to Manchester City despite a record points haul.

The club would bounce back from that disappointment by securing Champions League success, however, the 28-year-old playing a key role and being named as Man of the Match following their final victory over Tottenham as June.

He would become just the third defender in Premier League history to be named as the PFA Player’s Player of the Year, and is currently marshalling the defence for the runaway league leaders who have stretched their unbeaten league run to a club-record 34 games.

Rarely flustered, Van Dijk often feels as if he is playing the game in first gear and possesses all the attributes required of a leading defender, his status as the world’s finest rarely questioned in recent times.

Read Also – Best of the 2010’s: The Premier League clubs that defined the decade