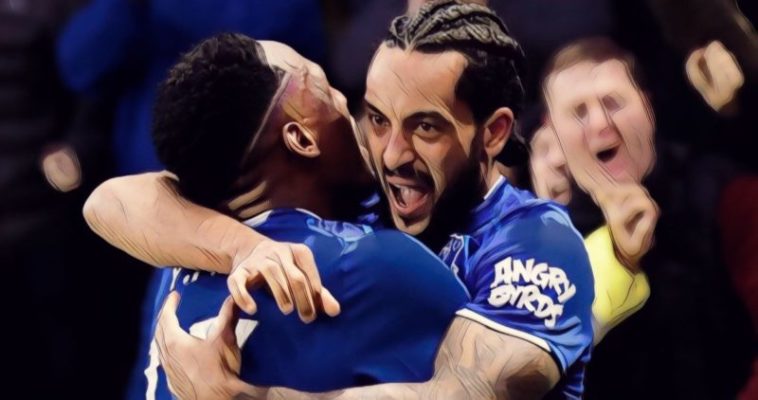 Carlo Ancelotti is setting his sights on European qualification after Everton sealed an impressive 3-2 comeback victory against Watford.

Theo Walcott’s dramatic late winner completed the turnaround for Everton at Vicarage Road, Yerry Mina having earlier scored twice in first-half stoppage-time to level as the Merseyside club came from two goals down to secure a precious away victory.

The win maintained Ancelotti’s strong start since arriving at Goodison Park and leaves the Toffees ninth in the Premier League, just three points adrift of fifth-placed Sheffield United in a tightly contested division.

Only Liverpool and Manchester City have registered more points in their past six league fixtures than Everton, and Ancelotti believes his side are now within touching distance of securing a place in Europe.

“I think we have to try and compete for the top, to reach the Europa League for next season,” Ancelotti said at his post-match press conference.

Victory at Watford means Everton have now lost just once in their past ten Premier League fixtures, and Ancelotti admits he has been pleased with his side’s level of performance in recent weeks as the continue to climb the table.

“In this moment, things are going well,” Ancelotti added.

“We don’t have to be too happy or excited but it is an important fact that we were able to win this difficult game.”