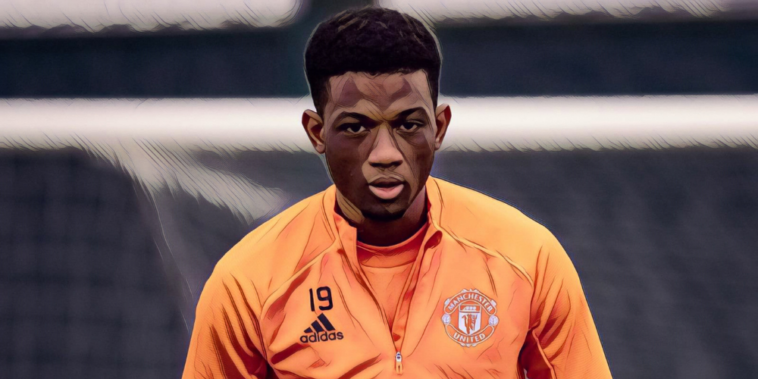 Amad Diallo looks set to stay at Manchester United after the winger’s loan move to Feyenoord was cancelled due to injury.

The teenager looked set to complete a season-long loan move to the Netherlands in a bid to secure more regular first-team football, but a muscle injury sustained in training last week has seen the deal collapse.

The injury is expected to keep Diallo out for an extended period and Feyenoord technical director, Frank Arnsen, confirmed to Dutch outlet AD that the deal was now off.

“He got injured, it’s cancelled,” Arnesen said. “Too bad, everything was done.

“I’ve talked a lot with the people at Manchester United, but it’s more sensible to let him recover at that club. It may be a while before he is back.”

Amad Diallo move to Feyenoord on loan has definitely collapsed because of his injury in last training session. It’s a muscle injury – so he’s expected to stay at Man United after medical and travel scheduled with Feyenoord. 🔴🚫 #MUFC https://t.co/6Ld8js3qf6

The news will come as a major blow to the 19-year-old, who has made just eight appearances in all competitions since signing for Manchester United from Atalanta in January.

Diallo’s prospects of first-team football appear limited following the signings of Jadon Sancho and Cristiano Ronaldo during the summer transfer window, whilst the Red Devils are also reportedly willing to listen to loan offers for Daniel James.

Brighton and Leeds have been linked with the signing of the Wales international, who came close to joining the latter in 2019 before moving to Old Trafford.