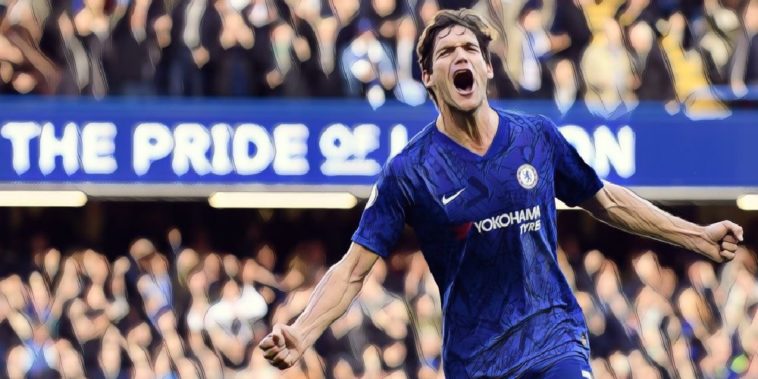 Marcos Alonso insists Chelsea are ‘getting better’ after securing a third Premier League win in a row against Newcastle on Saturday.

Alonso’s second-half goal was the difference as Frank Lampard’s side ran out 1-0 winners at Stamford Bridge, victory moving Chelsea into the division’s top four ahead of Arsenal‘s trip to Sheffield United on Monday night.

The 28-year-old believes victory over their resilient opponents is the latest sign of the improvements Chelsea have made in recent weeks, and Alonso has urged his side to continue their recent momentum.

“They played in a very compact style so it’s not easy to find space to attack and create chances,” he told chelseafc.com.

“In the second half, we did very well and were intense in our play. That makes it hard for them to hold for 90 minutes so we were able to get the goal and the three points.

“We were prepared for them to play like that. Maybe in the first half, we were lacking a bit of patience and finesse in the final third but we always had belief that the goal would come.