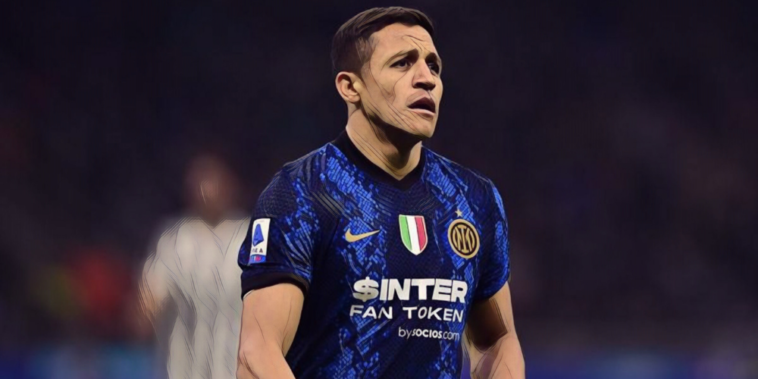 Alexis Sanchez has emerged as a potential transfer option for Barcelona following the retirement of Sergio Aguero this week.

Barcelona are interested in signing a new forward during the January transfer window following Aguero’s retirement from the sport, the former Manchester City star having announced his decision to retire on medical advice after suffering chest issues during Barcelona’s 1-1 draw with Alaves in October.

According to SPORT, the Spanish side are in negotiations over a loan deal for Alexis Sanchez, in a move that would see the Inter Milan forward return to the Camp Nou.

Sanchez previously spent three seasons with Barcelona and scored 47 goals in 141 appearances across all competitions for the Catalans, winning both La Liga and the Copa del Rey before moving to Arsenal in a £34m deal.

The 32-year-old spent six seasons in the Premier League with the Gunners and Manchester United, before signing for Inter Milan in 2019.

He has struggled for minutes this season and has started just two Serie A games, with talks over a return to Barcelona at an ‘advanced stage’ in a deal that would see Luuk de Jong head to Inter Milan.

De Jong has struggled during a loan spell at Barcelona from Sevilla and the Catalans are prepared to cut-short his spell in order to bring Sanchez back to the Camp Nou.

Barcelona had previously been linked with several Premier League options in their pursuit of a forward, including Raheem Sterling, Hakim Ziyech, Anthony Martial, Edinson Cavani and Pierre-Emerick Aubameyang.