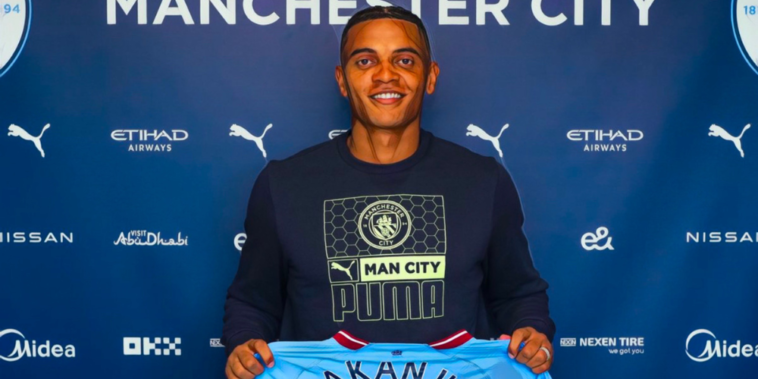 Manuel Akanji says his move to Manchester City is the ‘perfect next step’ in his career after completing a move from Borussia Dortmund.

City have announced the signing of the centre-back on a five-year deal, having agreed a fee a £15m fee with the Bundesliga side.

Akanji – who has earned 41 caps for Switzerland at international level – will add to Pep Guardiola’s defensive options and admits he can’t wait to get started with the Premier League champions.

“I am delighted to be here, and can’t wait to get started,” Akanji told mancity.com.

“City have been one of the best teams in Europe over the last few seasons. They are brilliant to watch, play an exciting brand of football and compete for trophies year in, year out, so coming here feels like the perfect next step in my career.

“I am really looking forward to testing myself in the Premier League and I will do everything I can to help this Club be successful.”

Akanji admits he has been a keen watcher of City in recent seasons and believes his style can ‘fit perfectly’ with the club following his move to the Etihad.

“I watch a lot of Premier League and obviously a lot of Manchester City games, because they have been champions many times in recent years.

“I really like the football style the team plays, and I think I can fit perfectly in that style.”