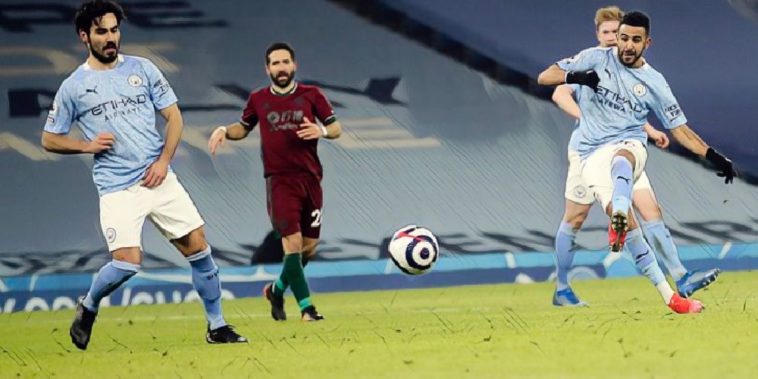 Pep Guardiola has admitted Manchester City are seeking to make improvements to their Etihad pitch, the former Barcelona critical of the current playing surface.

After a subdued start to the campaign, Guardiola’s men are absolutely flying at present and are currently 14 points clear at the top of the table, as well as still competing on all four fronts.

While their incredible 21-game winning run in all competitions came to an end last week in the Manchester Derby, they remain on course to clinch a third Premier League title in four seasons, following a real change of fortunes at the turn of the year.

Despite their dominance this term, it appears not everything is quite going smoothly, with the City boss seemingly unhappy with the state of the home turf, despite his side having lost just twice at the Etihad this season.

The 50-year-old admitted that while the current state of the pitch is not on par with their rivals, the club are working to ‘find a solution’ to the problem.

“I know the weather conditions here in England are tough, but there are stadiums where the grass is good,” Guardiola said at his pre-match press conference.

“They’re working a lot, they are trying to find a solution but the grass is not good.”

The former Spain international went on to add that in the future the playing surface must be improved during the winter months.

“I’m not a greenkeeper, I cannot give you a reason why but the reality is not good,” he said.

“We have to find a way from October ’til March, that the grass can be as good as possible. To avoid injuries, for better football, for many reasons.”

Fortunately for Guardiola, his side will not have to contend with the state of their pitch this weekend, as they face a trip to Craven Cottage on Saturday evening to face relegation-threatened Fulham.