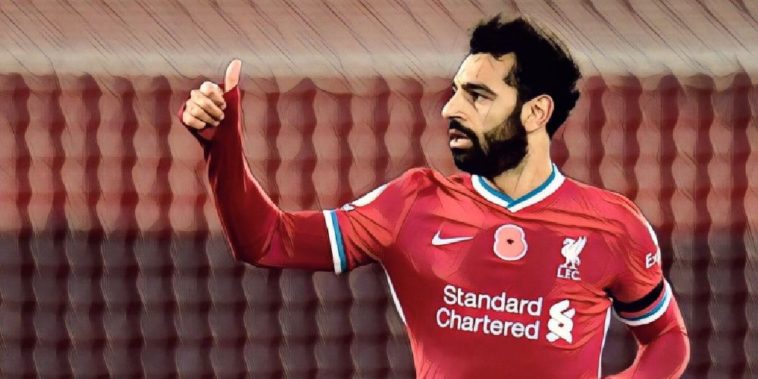 Liverpool are reportedly ‘considering’ selling Mohamed Salah with the forward ‘not happy’ at the club, according to the Egyptian’s former international teammate Mohamed Aboutrika.

Salah’s future has been a subject of debate in recent weeks with the 28-year-old admitting he was unhappy at being overlooked for the Liverpool captaincy for their Champions League clash against Midtjylland earlier this month, with Trent Alexander-Arnold wearing the armband in a rotated side.

The forward has starred for the Reds since signing from Roma three-and-a-half years ago and has scored 110 goals in just 173 appearances, with Salah currently leading the race for the Premier League‘s Golden Boot as he seeks the accolade for a third time in four seasons.

Despite his fine performances, however, Aboutrika says the player is far from happy on Merseyside and suggested an exit could be looming for Salah.

“I called Salah about his situation at Liverpool and he is upset, but that would never affect his performance on the field,” Aboutrika told beIN Sports.

“I know that Salah is not happy in Liverpool, he told me the reasons why he is not happy but they are secrets and I cannot talk about it in public. One of the reasons that made Salah angry was that he was not the captain against Midtjylland.”

Salah recently conducted an interview with Spanish paper AS, in which his said his future ‘was in the hands of the club’ when questioned on continued links to the likes of Real Madrid and Barcelona.

Aboutrika believes that a move to either of the Spanish giants would place Salah in a better position to win the game’s greatest individual accolades, and says Liverpool are considering the prospect of a big-money sale.

“If Salah was a player at Real Madrid or Barcelona, and playing at the same level as Liverpool, he would’ve won the Ballon d’Or, and it is normal for a Spanish newspaper to ask Salah about Real Madrid and Barcelona,” added the 42-year-old.

“In my opinion, Liverpool are considering selling Salah for economic purposes.

“I do not have any influence over Salah’s decisions, he is my friend and brother, and he is smart enough to know what is best for him.”