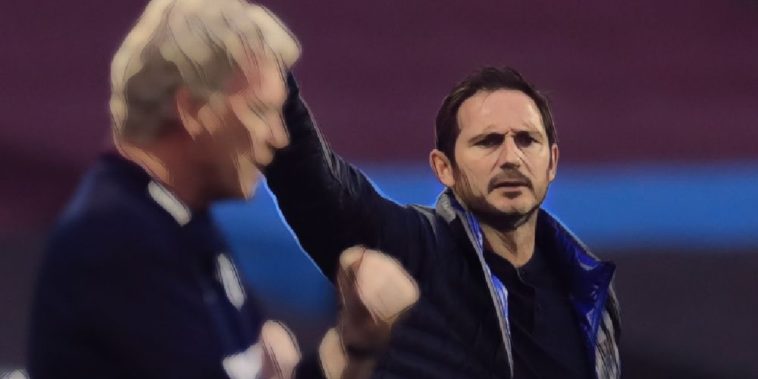 Frank Lampard has praised David Moyes and believes the West Ham boss is doing ‘the job of a top manager’ at the London Stadium.

Lampard faces Moyes this evening as Chelsea host West Ham in a London derby at Stamford Bridge, with just two places and one point currently separating the two sides following an impressive start to the season for the visitors.

West Ham’s form this season has seen Moyes rebuild his reputation following difficult periods in charge of Manchester United and Sunderland after leaving Everton seven years ago, though Lampard believes there is ‘nothing’ for the Scot to redeem and has hailed his opposite manager.

Lampard insists Moyes is doing ‘the job of a top manager’ at West Ham at present and says his former side are ‘where they deserve to be’ following a positive start to the campaign.

“There is nothing for him to redeem,” he said at his pre-match press conference. “Any manager understands that at whatever club you are at – I am at Chelsea, David Moyes is at West Ham and was at Manchester United and other clubs – there are always a million factors behind the scenes.

“You are working to have success and whether that happens is always objective to everyone on the outside, and you as a manager yourself can see things differently.

“But what is clear is that the clubs that he has managed are top football clubs and what he is doing at West Ham at the minute is the job of a top manager. That’s all that matters, not the observations of other people who might see that he needs to redeem himself. I don’t see that.

“West Ham are where they are because they deserve to be. When I was a player there a long, long time ago, to be in and around the top six was certainly a positive season. I think we made it maybe once.”

Read Also – Five of the Premier League’s most misunderstood players