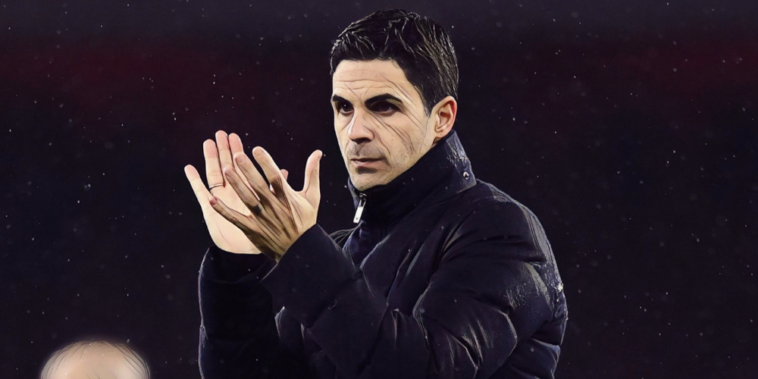 Arsenal continued their fine recent form and reclaimed fourth position in the Premier League table by beating a lackluster Leicester City 2-0 today at the Emirates.

The Gunners began the game full of energy and attacking intent with the impressive Martin Odegaard pulling the strings. Therefore it was no surprise when Ghana international Thomas Party opened the scoring on 11 minutes via a flicked header from a Gabriel Martinelli corner.

Partey then almost doubled the lead for his side but his delicate curling effort from the edge of the area hit the woodwork.

Leicester gradually began to get a foothold in the game after the half hour mark and soon forced Aaron Ramsdale into a fine save, the Arsenal ‘keeper brilliantly palming away a header from Harvey Barnes.

Arsenal killed off the game on 59 minutes when club captain Alexandre Lacazette ended his recent goal drought by firing a penalty past Kasper Schmeichel.

Arsenal are now a point ahead of Man United and have three games in hand on the Old Trafford outfit, although the Gunners face title chasing Liverpool at home in midweek.

Speaking afterward Arsenal boss Mikel Arteta was pleased with the maturity his side showed in an important game.

“Without putting in a performance we don’t beat Leicester. They are a good side and made it tough for us. It was a big win for us,” Arteta told Sky Sports.

When quizzed on the chance of Champions League football next season, Arteta insisted there is still plenty of work for his side to do before securing that coveted fourth spot.

“The reality in football is when you start to predict what can happen no-one would get it right – the only thing we can control is our performance.

“We are in a good position but there is still a lot to fight for. Next up is Liverpool – we know how tough it will be but we will try to win it.”