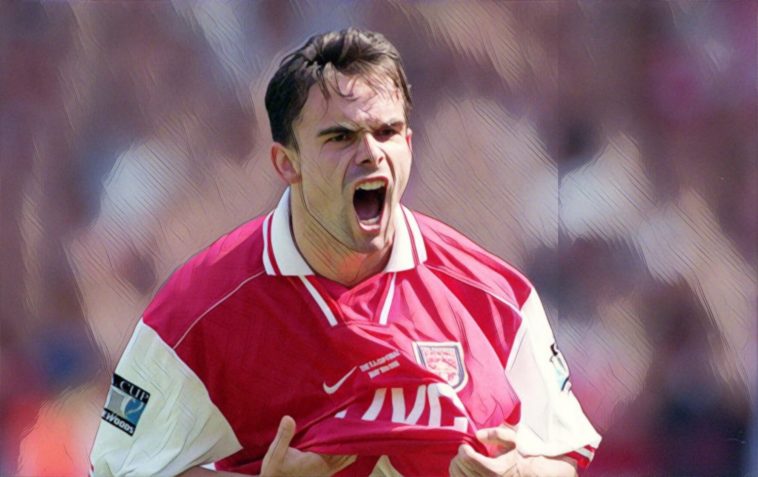 The latest inductee into the 90’s Football Hall of Fame is former Arsenal and Netherlands winger Marc Overmars.

The Dutch speedster grew up in modest surroundings, helping his grandad pick potatoes on the family farm, but went on to become one of the country’s most talented and exciting players of his generation.

Overmars’ career began at Ajax, where he won multiple Eredivisie titles and was part of the famous 1995 Champions League-winning team that shocked Europe.

After recovering from a cruciate ligament injury, he joined Arsenal ahead of the 1997/98 season, where he played a huge role in the Gunners winning the double. His memorable goal against Manchester United essentially turned the tide in the Premier League title race, while he opened the scoring in the FA Cup final against Newcastle United.

Listen to the 90’s Football Hall of Fame podcast:

In the latest episode of 90’s Football Hall of Fame podcast, we discuss his amazing velocity, his terrific scoring record for a wide player, and why it was the right time to sell him to Barcelona in 2000.

We also discuss some memorable moments from his international career, the time he got cut in half by Roy Keane, and pay tribute to the late, great Jack Charlton.