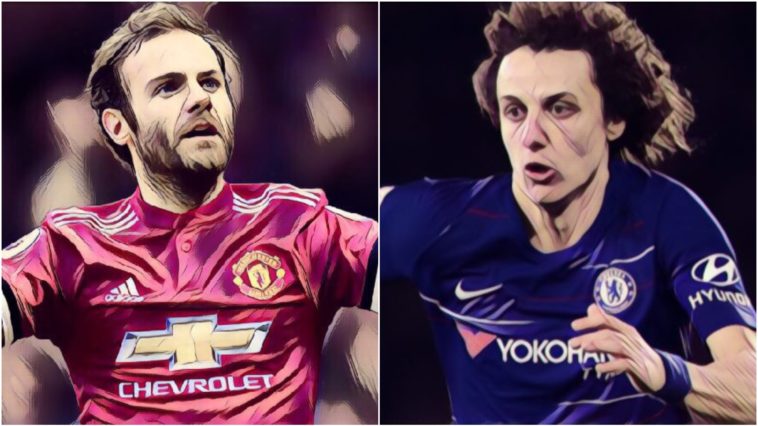 Speculation about who’s going where has been ramping up in recent weeks, as the Premier League season ambles towards its final destination.

This summer could see a lot of players on the move and a ton of money being spent, with Real Madrid ready to back Zinedine Zidane, Manchester United are in for a squad overhaul with Ole Gunnar Solskjaer as their new permanent manager, while Tottenham Hotspur could be about to splash the cash after some frugal years now that they’re moved into their new stadium.

There could also be some absolute bargains in the market though, with a bunch of big names becoming available on a free transfer this summer.

A trend appears to be emerging in recent seasons, where players are deliberately letting their contracts run down instead of signing new ones in the middle of their current deal. Alexis Sanchez let his run down to the last six months over a year ago before getting a mega-money move to Manchester United from Arsenal, while his former teammate Mesut Ozil did the same, but re-signed on a huge deal with the Gunners.

More recently, Aaron Ramsey (maybe it’s just an Arsenal thing?) is set to join Juventus to earn an outrageous sum of money when his contract runs out in a few months. Looking at those examples alone, you can see why players are willing to do so.

12 players available on a free transfer this summer:

The Manchester United midfielder could be the biggest free agent in the Premier League — if the club don’t tie him down to a new deal before the summer.

Mata has been a useful squad member, if not the star signing they had hoped he would be, since moving from Chelsea in 2014, and United look set to undergo a bit of a squad clearout this summer. At 30, the Spaniard might be too costly to hold onto as he enters the autumn of his career, but he does seem to want to stay. Could a move back to Spain be on the cards for the Real Oviedo academy graduate?

Manchester City are in talks to keep the Belgian at the club beyond the end of this season, although his injury problems and the fact that he’s 32 years of age are disincentives to keeping him on. Kompany’s leadership skills and aura would be missed at the club if he does go elsewhere.

Chelsea have a number of high profile names whose contracts run out in June, but the best of the bunch is arguably David Luiz. The oft-derided Brazilian has been one of the better performers in a Blues defence that has the potential to blow up in any particular game. His mistakes tend to get magnified because they tend to be spectacular, but his ball-playing ability remains second to none.

For a man whose last two transfers add up to £84m, it would be a bit of a coup to get the centre-back on a free.

Reports of a new contract for the Spanish full-back from earlier on in the season have not materialised into anything tangible, but Arsenal could still offer the 33-year-old a deal before the season is out. If not, Barcelona could snap him up on a free as cover for Jordi Alba.

The injury-ravaged striker has had his uses this season, coming off the bench to score some important late goals. As the season has worn on, however, Sturridge has had little to no impact for Liverpool with Jurgen Klopp turning to Divock Origi as his designated super sub. His future lies elsewhere after this season; where is another matter entirely.

The Frenchman’s signing last January was another example of Chelsea’s mish-mash transfer policy, with no real long-term strategy behind his transfer from Arsenal. Giroud says he wants to stay at Stamford Bridge, but will the 32-year-old survive a squad reshuffle in the summer?

The Italian full-back hasn’t made much of an impression since arriving at Old Trafford in 2015, but then again, few of United’s transfers in recent years have. Darmian would probably feel more appreciated elsewhere.

The former England captain turned down the opportunity to join SW6 rivals Fulham this past January, but he didn’t have the stomach for a relegation battle. He’s barely featured under Maurizio Sarri and his days at Chelsea might as well be at an end already. Will anyone want to take on an aging centre-back with high wage demands though?

Another man who has had an awful time with injuries, Carroll is unlikely to be kept on at West Ham beyond June. The 30-year-old has his uses, primarily as a bean pole, but less and less top-flight teams are subscribing to a direct style of play these days. Burnley anyone?

Leighton Baines’ days at Everton were numbered the second the club signed Lucas Digne from Barcelona last summer. Since then the Merseyside native has only made six Premier League appearances. At 34 years of age, he may have to drop down a division if he wants to keep playing.

Knee injuries have kept Danny Welbeck from making an impact at Arsenal since leaving Man United in 2014, limiting the England striker to just 88 league appearances in that time.

There may be a chink of light for him though, as the Gunners’ meagre transfer budget for the summer may mean they’ll try and keep whoever they can. Welbeck could be a decent signing for an upper mid-table side though, if available.

Quite possibly the most forgotten man in English football, Liverpool fans won’t be too sorry to see Alberto Moreno leave Anfield in a couple of months. Bizarrely, the Spaniard has been linked with a move to Barcelona when his contract expires this year, who see him as a potential backup to Jordi Alba, but is a more long-term option than Nacho Monreal, as he is only 26. Talk about falling upwards.

Read: Alberto Moreno’s imminent departure is a sobering reminder to Liverpool of their recent blemishes