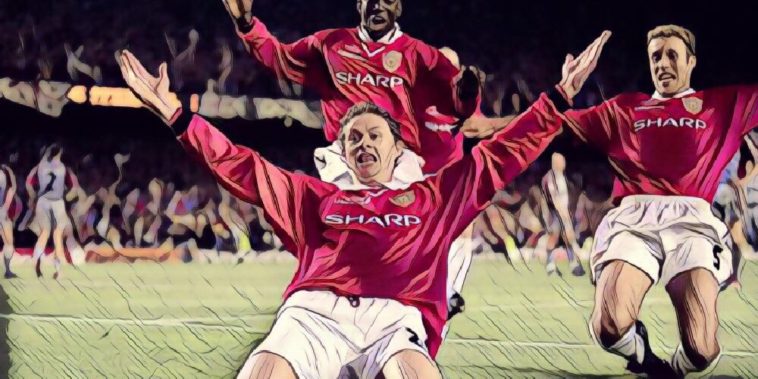 Whilst there is no substitute for witnessing the game’s greatest moments in a packed stadium of thousands, there have been moments throughout football history which have been made even more iconic by the men behind the microphones.

Describing the beautiful game in all its glory and providing the narration to football’s most joyous moments, a commentators task is to breathe extra life into the pictures screened.

The greatest moment in the history of English football, Bobby Moore lifting aloft the World Cup trophy on home soil after a thrilling final victory over arch-rivals West Germany at Wembley.

With England leading 3-2 and the Germans pressing desperately late on for an equaliser, commentator Kenneth Wolstenholme is counting down the seconds and confusion reigns as people think the referee has blown the full-time whistle.

The game continues however and a long ball finds Geoff Hurst, the England forward having already netted twice.

Hurst bears down on the German goal, with Wolstenholme quipping the famous line as the West Ham forward rifles home his hat-trick to crown England world champions.

“Some people are on the pitch, they think it’s all over, it is now!”

Facing North London rivals Arsenal at Wembley, Tottenham were awarded a free-kick just five minutes into a fiercely-contested clash. It looked too far out to score, but never shy of confidence ‘Gazza’ lined up a strike at goal.

Commentator Barry Davies seemed almost shocked at Gascoigne’s audacity to shoot from that distance, asking himself ‘is Gascoigne going to have a crack?’.

That he did, firing an unstoppable effort into the top corner to give Spurs the lead and leave Davies stunned.

Tottenham would go on to win 3-1 and later lift the trophy, though Gascoigne’s final was cut short after suffering a serious knee injury with just 15 minutes gone.

“Is Gascoigne going to have a crack? He is you know. Oh, I say! Brilliant! That is schoolboys own stuff!”

Arguably the greatest game in Premier League history and certainly the greatest title collapse, Newcastle had blown a 12-point January lead at the top of the table as they travelled to Anfield looking to keep their title hopes alive.

Third-placed Liverpool had faint ambitions of catching leaders Manchester United themselves, and a breathless encounter saw goals exchanged at a frantic pace.

Stan Collymore’s 68th-minute leveller looked to have left the game even, with a point apiece unlikely to leave either side happy. There was, however, one final twist in the tale.

With the game entering the second minute of stoppage time, a fine Liverpool move saw John Barnes find himself in the Newcastle box, the midfielder had the vision to pick out the onrushing Collymore, who slammed home to snatch a dramatic win.

Martin Tyler’s exclamation at the drama and the image of Newcastle manager Kevin Keegan slumped over the advertising boards remains an iconic piece of Premier League history, the Toon never recovering from their late heartbreak.

The crowning moment in the Sir Alex Ferguson dynasty at Old Trafford, Manchester United achieving the previously unimaginable and sealing the ‘treble’ in 1999.

A season of thrilling moments had already delivered Premier League and FA Cup success, as Ferguson took his troops to Barcelona to face Germany’s Bayern Munich for the chance to be crowned champions of Europe.

United were seeking a first European Cup since 1968, and were largely outplayed in an uninspiring final performance. Trailing to Mario Basler’s sixth-minute free-kick, United desperately poured forward looking for a late equaliser.

A David Beckham corner was half-cleared, only to be fluffed back towards goal by Ryan Giggs to allow Teddy Sheringham to fire home an equaliser.

A dramatic end to a European final, though there was still more to come.

With extra-time looming United won a second corner, another Beckham delivery was flicked on by Sheringham and the outstretched toe of Ole Gunnar Solskjaer snatched victory for United.

United had scored twice in stoppage time to turn the Champions League final on its head, Solskjaer’s moment immortalised by Tyldesley.

“And Solskjaer has won it!”

Talk had been rife on Merseyside of a precocious young talent coming through the academy at Goodison, and after some exposure to first-team football, a teenage Wayne Rooney announced himself to the football world in October 2002.

Champions Arsenal were the visitors, unbeaten in 30 games. Arsene Wenger’s side were a formidable team, but their run would go no further.

With time ticking on and the game poised at 1-1, Thomas Gravesen would hook a hopeful ball in the direction of a 16-year-old Rooney who had come off the bench. Commentator Clive Tyldesley would comment on Rooney’s sublime first touch, before the talented teenager produced a moment of magic.

Arsenal’s defence backed off the relatively unknown youngster, who had the confidence to try his luck from distance. The technique was faultless, with dip and curl arching the ball away from England goalkeeper David Seamen to seal victory for Everton.

Clipping the crossbar before dipping in, always aesthetically pleasing, it was a brilliant display of confidence from a supremely talented young player.

Tyldesley’s commentary urged fans to remember the name, as we witnessed the arrival of a future superstar.

Liverpool’s hopes of securing progression form the Champions League group stages hanged by a thread, needing to beat Greek side Olympiakos by two clear goals to book their place in the knock-out stages.

Their night could hardly have begun worse, with Brazil legend Rivaldo’s free-kick handing the visitors a 1-0 half-time lead at Anfield.

Captain Steven Gerrard had told the press he ‘did not want to wake up tomorrow morning in the UEFA Cup’, but Liverpool needed three second-half goals.

With just minutes remaining, Jamie Carragher hoisted a hopeful ball into the direction of Mellor. The forward, spotting Gerrard just outside the area, cushioned a header towards his skipper.

Gerrard’s execution was perfect, rifling home a stunning goal to send Liverpool through. Co-commentator Andy Gray, a true-blue Evertonian, went wild, forgetting his allegiances and revelling in the sheer, unadulterated joy of a special Anfield moment.

Liverpool would go on to be crowned champions of Europe after beating AC Milan in the final, with Gerard’s special strike etched into the club’s folklore.

The World Cup arrived in Africa for the first time in 2010, with South Africa given the honour of hosting the continent’s inaugural competition.

The hosts began the tournament against Mexico and accompanied by the sound of the vuvuzela (remember them?) started impressively.

It was a symbolic goal in a symbolic tournament, with Peter Drury’s commentary providing an iconic backdrop.

Having been a wholly unpopular figure during his playing days, former Manchester United defender Gary Neville’s move to Sky Sports has seen him somehow evolve into a media darling.

Having joined Sky at the beginning of the 2011/12 season, Neville’s first season in the media saw Chelsea march towards a maiden Champions League title.

Against overwhelming favourites Barcelona in the semi-finals, Chelsea prevailed after remarkable two-legged victory, with a 2-2 draw in the Nou Camp sending Roberto Di Matteo’s side through to the showpiece.

With Barcelona trailing on away goals, they pushed for a goal that would take them into the final. 10-man Chelsea battled valiantly, and a long clearance found Fernando Torres through on goal on the counter.

Neville could not contain his delight, letting out a somewhat strange, climatic groan at the dramatic scenes. It may not have even been a word, but it remains one of the most memorable pieces of commentary in recent seasons.

The most dramatic finish to a season in Premier League history, Manchester City headed into the final day knowing a win at home to relegation-threatened QPR would hand them a first top-flight title since 1968.

Arch-rivals Manchester United were level on points with City, though trailed their recently-rich neighbours on goal difference heading into the final fixtures.

Despite their new wealth, City fans were accustomed to their side’s failures and when struggling QPR hit back and took a shock lead through Djibril Cisse and Jamie Mackie, the club’s supporters feared the worst.

With just seconds remaining, maverick forward Mario Balotelli rolled the ball into the path of the onrushing Sergio Aguero, who showed immense composure to take a touch before firing home to spark wild, wild celebrations at the Etihad.

Few pieces of commentary are as spine-tingling as Martin Tyler’s scream of ‘Agueroooooooooooo!’, arguably the most iconic piece of narration in Premier League history.

“Manchester City are still alive here. Balotelli…Agueroooooooooooooooo!!!! I swear you’ll never see anything like this ever again!”

Facing Barcelona in the second-leg of the Champions League quarter-finals, having been beaten 4-1 at the Nou Camp, few gave Roma much chance of progression to the last four.

As the game entered the final eight minutes, Greek centre-back Kostas Manolas met an in-swinging corner, heading home and sealing a miraculous comeback for the Serie A side.

Having trailed by three goals on aggregate, Manolas had headed Roma ahead on away goals, with commentator Peter Drury’s disbelief conveyed through his almost historical, passionate delivery.

A dramatic encounter in European football’s biggest competition, and one that will be remembered in years to come.

“Roma have risen from their ruins! Manolas, the Greek God in Rome! The unthinkable unfolds before our eyes! This was not meant to happen! This could not happen! THIS IS HAPPENING!”