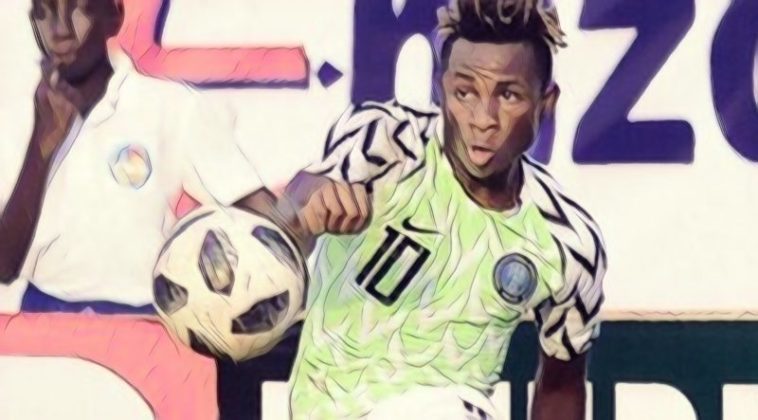 The 32nd edition of the African Cup of Nations will come to end on Friday with two of the tournaments entertainers battling it out to be the champions.

With Senegal and Algeria set to duel it out at the curtain closer in Cairo, here is a quick look at some of the tournament’s most talented players who could have well earned their place on Premier League radars after their summer efforts in Egypt.

Playing as a forward for tournament minnows can be a thankless task. For Mbwana Samatta though, representing Tanzania in just their second-ever appearance in Africa’s flagship football event, this was a chance to rubber-stamp what has been an outstanding season for him personally.

The 26-year-old powered Genk to a fourth Belgian title, smashing home a whopping 32 goals in all competitions at the Luminus Arena. While his exploits for the Tafia Stars this summer where not enough to avoid three straight defeats, but he was by far and away their most potent threat, bagging a well-taken goal against Kenya for good measure.

An instinctive, composed and prolific striker, Samatta is excellent on the shoulder of a defender and an expert at arriving perfectly to finish off a move like a true six-yard poacher. He could slot in well at a creative, attacking sides like Arsenal or Leicester City. A step up to the Premier League may be a big ask, but on current form, he’d be a sound investment.

The Senegalese youngster possesses everything in his locker to thrive in the modern game. Ludicrous pace, audacious feet, a powerful frame, and some pretty convincing end product to go with it all; the 21-year-old is certainly one to watch in the coming season.

He could still end the tournament with a winners medal and has caught the eye already with some pretty accomplished attacking displays for the Teranga Lions. The winger also has time to add to his solitary strike against Kenya.

Sarr is full back’s nightmare and enjoys creating chaos, cutting in from the flank. He is still quite raw and a bit rash at times, but a maturity boosting season for French Cup winners Rennes has seen his star continue to rise. Watford have been linked, but this lad looks like he could thrive in the mobile aggression of Liverpool’s or Manchester City’s front three if he can continue to progress. One to watch for the final on Friday!

Okay so this one is a bit obvious, given the constant speculation linking the Ivorian with a move to one of the Premier League big boys, but in all fairness, he is hard to ignore.

Overall Pepe endured a frustrating tournament as Cote D’Ivoire fell in the last eight on penalties to Algeria, with the Lille winger looking to add to an outstanding domestic campaign in Egypt this summer. However, the goals didn’t arrive for Pepe, despite 248 minutes on the pitch for his country. There were though some lovely moments for the 24-year-old as he showed his tenacious menace and constant desire to take people on and create space for his teammates.

An excellent understanding was also forged with Wilfred Zaha as the two linked up perfectly together. Pepe is blessed with rapid feet and excellent balance, allowing him to glide through clusters of defenders and into precious pockets of space. He would be a wonderful addition to the English top-flight and would fit in perfectly at a side like Spurs, where his pace on the break would create a nightmare for high line defences.

There is more to the Afcon than just promising, pacey wingers, we promise! However, it would hard to overlook the blossoming talents of the Super Eagle’s Samuel Chuckwueze.

At just 20-years-old the Villarreal winger had an eye-catching tournament, helping his team to reach the semi-finals along the way. An attention-grabbing performance against South Africa, in particular, showed just what Chuckwueze is capable of. Yes, he is still to have his rough edges smoothed off and his end product can be very hit and miss, as anyone watching that performance against South Africa, will agree, but at such a young age, you cannot help but admire his obvious talent.

He scored one and created an impressive 10 chances for his teammates in Egypt this year, whilst also showing a natural confidence with the ball at his feet. His passing radar is excellent as well, although he may struggle with the lack of time he would be afforded on the ball in England. Arsene Wenger almost nabbed him for Arsenal a few years ago and the Gunners would be a good fit for the youngster, who would still come at a reasonable price – if Villarreal would sell that is.

Three minutes of madness against Nigeria cost Cameroon the defence of their Afcon Crown this summer. Before conceding two goals in that fatal last-16 flurry, The Indomitable Lions’ back four had been, well pretty indomitable.

They managed three straight clean sheets in their group stage matches and at the vanguard of this imperious defensive unit was Micheal Ngadue-Ngadjiu.

A real physical presence in the backline, Ngadue-Ngadjiu was once again solid for his country, losing only two tackles throughout the tournament. The towering defender also enjoyed a standout display at the 2017 Afcon in Gabon.

A late bloomer, the 28-year-old favoured his studies over football, before playing in some of Germany’s regional lower leagues. Now plying his trade for Slavia Prague, the Cameroon stalwart could represent a bargain investment for a side in the relegation tussles, looking for a dominant head on the ball and a man not afraid of a big tackle.