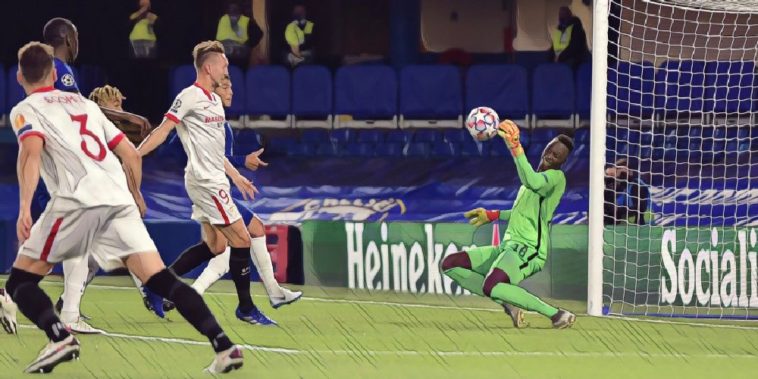 Chelsea opened their Champions League group stage campaign with a goalless draw against the Spanish side, securing a well-earned clean sheet following a tightly-contested game of minimal chances for either side.

The west London side’s defensive display was aided by the return to the starting line-up of summer signing Mendy following an injury picked up on international duty, with the Senegalese shot-stopper producing an assured display on just his third appearance since signing from Rennes.

His return was welcomed following the poor performances from Kepa Arrizabalaga who made yet another error in the weekend draw with Southampton, Lampard confirming that his goalkeeping position was now Mendy’s to lose.

“As it stands he is [the number one] but that’s always up for grabs. But the way he’s playing I’m very happy. I was pleased with the professional element to the win.

“Seville are a top team in European football, no doubt. The concentration and focus to get the result was big from the team.

“We made a lot of good decisions tonight, so it’s a really nice place for us to build from. I think it’s a positive result. The clean sheet was a big deal for us.”