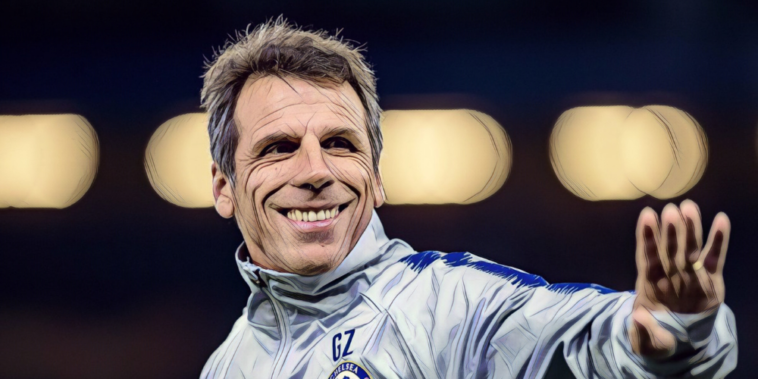 Gianfranco Zola has discussed Chelsea’s reported pursuit of Romelu Lukaku and has praised Timo Werner for doing a ‘dirty job’ for the side last season.

Chelsea look set to return to Inter Milan with an improved offer for the Belgium international, having seen an initial approach for the forward rejected by the Italian champions.

The west London side are understood to be prepared to make Lukaku the most expensive player in Premier League history, with the 28-year-old having enjoyed a prolific record with 64 goals in 95 appearances since signing for Inter.

However, Zola has seemingly questioned the club’s pursuit of Lukaku despite the Blues’ lack of a regular goalscorer last season, believing the ‘dirty job’ done by Werner contributed to the performances of the team and their Champions League success.

“Chelsea played an extraordinary season last year but they always paid attention to the fact that they were missing a goal scorer, they often created scoring chances and in some games they were penalised enough,” he said, as per Tuttomercatoweb.

“Lukaku arrives to fill that shortcoming but I liked Chelsea as it was.

“Werner did a dirty job for everyone else and the reason he won the Champions League is because he put others in a position to do well.

“I’m curious to see Lukaku, but I liked Chelsea as it was. ”