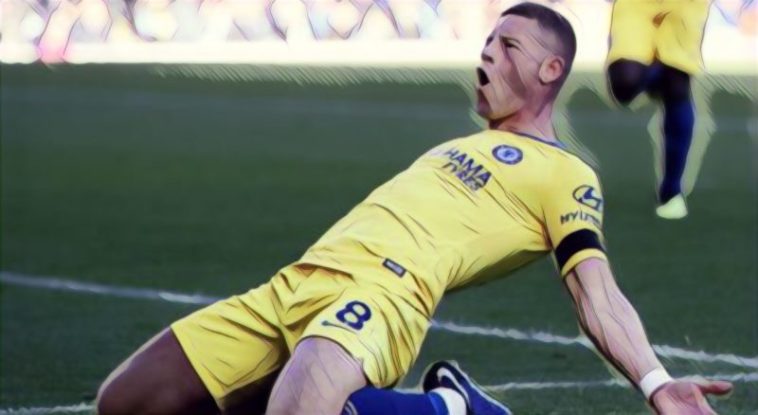 Chelsea assistant manager Gianfranco Zola reckons Blues midfielder Ross Barkley is one of the best in his position in the Premier League.

England international Barkley has long been heralded as a potential star of the future after emerging as a hugely talented teenager at his boyhood club Everton.

However, he never really seemed to be able to fulfil his potential on a regular basis at Goodison Park and joined Chelsea in a cut price £15 million deal last January.

However, the 24-year-old has been in fine form this season after finding a new leash of life under new Blues coach Maurizio Sarri and Zola believes we are now starting to see the very best of Barkley.

“He had a big injury that stopped him from playing at his best in the last few years. That’s something that has to be said.’’ Zola told Chelsea’s official website.

“It’s been important for him the way we play because it’s making him a little bit more complete.

“We always knew he had ability – physical ability, technical ability. But to play the midfield position, he was lacking a little bit of tactical awareness and defensive awareness.

“He’s doing very well right now and it’s making him a better player. All these things, added to what he already had, is making him one of the best midfielders in the country.”