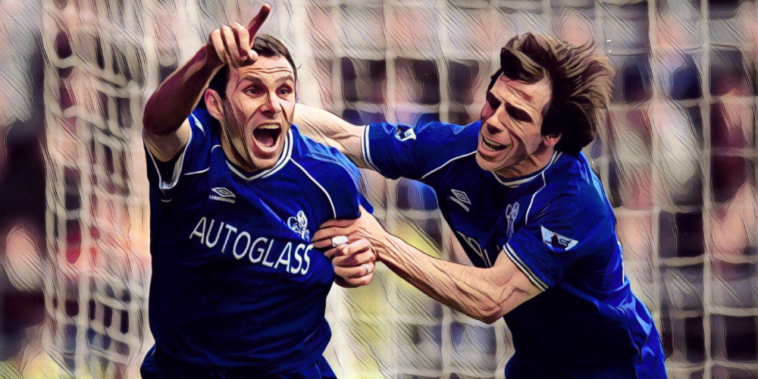 Chelsea of the late nineties were one of the Premier League’s most entertaining sides, a host of exciting arrivals from foreign shores having transformed the Blues from mid-table mediocrity to contenders for silverware.

Amongst the boom of foreign imports that arrived in the first decade of the newly established Premier League, Chelsea secured some stellar signings that added a touch of continental quality to the Stamford Bridge outfit.

Ruud Gullit’s arrival proved the catalyst for a host of further signings, the likes of Gianluca Vialli, Roberto Di Matteo, Gianfranco Zola and Gus Poyet providing then Blues with a fun and flair-filled side.

After ending the club’s 26-year wait for a major trophy with FA Cup success in 1997, the west Londoners added a League Cup, UEFA Cup Winners’ Cup and UEFA Super Cup before the turn of the millennium, and after finishing third in 1998/99 were tipped as potential title contenders the following season.

Those predictions only grew following an opening day thrashing of newly-promoted Sunderland, the highlight of the club’s 4-0 win this glorious goal that saw Zola and Poyet combine in sublime style.

Zola brings the ball down with a flawless touch before executing an audacious scoop over the Sunderland defence, the innovative pass measured to perfection as the onrushing Poyet meets the ball with a scissor-kick on the run.