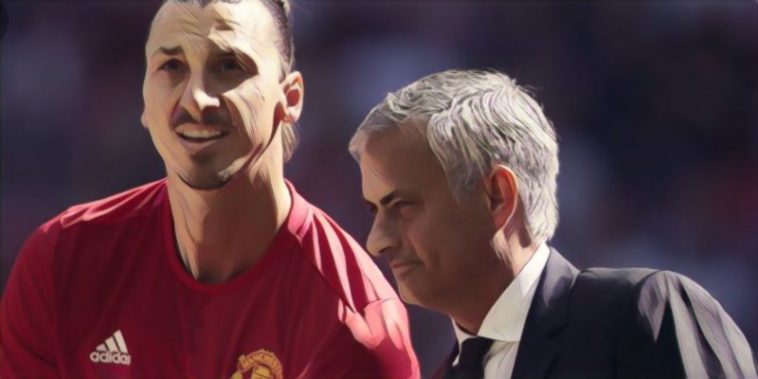 Zlatan Ibrahimovic has jumped to the defence of Manchester United manager Jose Mourinho.

The Portuguese coach has been on the receiving end of some stinging criticism in recent times and his position at Old Trafford has been the subject of constant speculation after his sides poor start to the season.

However, Zlatan, who is currently playing for LA Galaxy in the MLS worked with Mourinho at Inter Milan and Manchester United, has insisted that a lot of the criticism of Mourinho is of a personal nature by people who are jealous of the serial winning manager.

“I see myself a little bit in that situation because we have our vision, we have our confidence, we believe in things, we say certain things in our own way and of course we get the blame.

“We get criticised more when it’s not going good. But when it’s going good and we win, the satisfaction is bigger than the other ones.

“We are ourselves, we believe in what we do and we do it until the end. That is what is going on there.

“Some critics I feel are personal. Some critics are exaggerating. Some because of the one he is, other ones are jealousy.

“He is there because he did it his own way, because he is who he is and won’t change for nobody. I am the same. The people out there who think they are perfect, they are the biggest problem.”