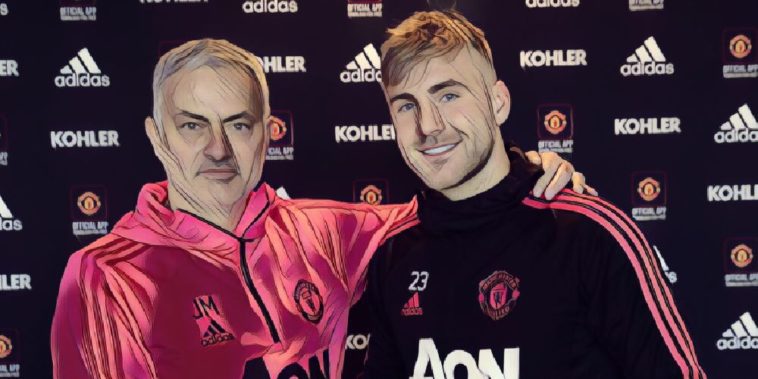 Jose Mourinho has been singing the praises of Manchester United and England left-back Luke Shaw following the news that the 23-year-old has signed a new contract at the club.

The former Southampton left-back has had a turbulent few years since arriving at Manchester United in 2014, suffering a horrific leg-break during his second full season at the club, and has struggled to regain his form ever since.

His United career has looked to be dead and buried at times under Jose Mourinho, who has publicly berated the defender on numerous occasions and was rumoured to be on the lookout for a replacement earlier this year.

However, having started the season in fine form, cementing his place as the first choice left-back and winning the player of the month award on two occasions already this season, the club have handed him a new four-and-a-half year deal to keep him at Old Trafford until 2023, a contract that Mourinho has said that he ‘fully deserves.’

“Luke fully deserves this contract. He understood his development process, he has worked really hard at every level and he always believes in himself which is a great attribute to have,” Mourinho told the official Manchester United website.

”Luke is still young and is improving all the time and he must feel very proud of himself. I am delighted that we are keeping such a talented young English player with a bright future ahead of him.“

Shaw missed England’s recent UEFA Nations League games against Croatia and Spain after picking up a knock in United’s dramatic win over Newcastle but is in contention to return to action in this weekend’s crucial clash against Chelsea at Stamford Bridge.