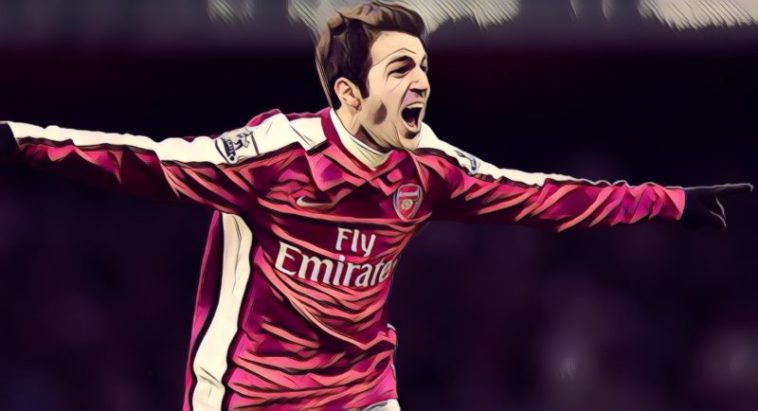 The opening months of the new season have been positive for the division’s best young talent, with a series of exciting prospects having been handed their opportunities at the league’s leading sides.

New Chelsea manager Frank Lampard has shown his faith in the club’s best academy graduates, the likes of Mason Mount and Tammy Abraham having taken their chance to shine at Stamford Bridge.

Elsewhere, Unai Emery has phased in some of Arsenal’s brightest talents, whilst European champions Liverpool’s only summer business was a pair of talented teenagers in Harvey Elliot and Sepp van den Berg, and Ole Gunnar Solskjaer is committed to blooding Man United’s most recent batch of academy starlets.

With youngsters enjoying somewhat of a starring role in English football at present, we’ve decided to look back at some talented teenagers who etched their place into history.

The most successful player on this list, the Spanish midfielder has enjoyed a glittering career including spells at Arsenal, Barcelona and Chelsea.

Having emerged at Arsenal following the club’s famed unbeaten season in 2004, Fabregas would eventually step in to the huge void left by the departure of iconic midfield general Patrick Vieira. Having become the club’s youngest ever player following his debut as a 16-year-old in 2003, he would register his first Premier League strike in a comfortable 3-0 win over Blackburn in August 2004.

He would leave in 2011 and enjoy trophy-laden spells at Barcelona and later Chelsea, whilst honours also came on the international stage as he won the World Cup and two European Championships with Spain.

The youngest player to feature on this list, he remains the fourth youngest goalscorer in Premier League history behind only James Vaughan, James Milner and Wayne Rooney.

The Finnish forward failed to make the grade at Stamford Bridge, struggling amidst competition from the likes of Jimmy-Floyd Hasselbaink and Gianfranco Zola, though his name remains in the record books of the West London side courtesy of a strike against Nottingham Forest in 1999.

A seven year spell at Chelsea would wield just 33 league appearances, however, Forssell spending time on loan at the likes of Crystal Palace, Borussia Monchengladbach and Birmingham City before joining the latter on a permanent basis in 2005.

He would form a decent career over spells in England, Germany and his native Finland, whilst he also scored 29 goals in 87 caps for his national side.

Arguably one of the most exciting teenage talents to emerge in Premier League history, former Liverpool forward Owen announced his arrival at the top level with a debut goal against Wimbledon in May 1997.

Possessing blistering pace and ruthless finishing ability, Owen would go on to win back-to-back Golden Boots in each of his first two full seasons, establishing himself in the England team and announcing himself to the world with that goal against Argentina.

A Ballon d’Or would come in 2001 as he became just the fourth Englishman to win the award, after helping Liverpool to a treble of cup successes. A career of two halves, injuries blighted his later years and he became a shadow of his former player.

Perhaps more recognisable now for his often dull and uninspiring punditry work to a younger audience, it should be remembered that Owen was once one of the true Premier League wonderkids.

#OnThisDay in 1997, a fresh-faced @themichaelowen burst onto the scene with this #BPL debut goal…https://t.co/9v57iYvO4V

Like Owen, another career that promised so much in its infancy but faded into obscurity. Still the youngest ever defender to debut for England, Richards was tipped for a huge future following his emergence at Manchester City.

The powerful defender scored his first goal for the club with a late, late equaliser in an FA Cup tie against Aston Villa, before repeating the trick in the Premier League against Everton with virtually the last kick of the game.

The oldest player to score on this list, Richards goal and subsequent exuberant celebration came in October 2006, just three months after he was legally allowed to purchase his first pint.

Two Premier League titles at the Etihad would prove the highlight of his career, before he retired aged just 31 at Aston Villa, having failed to make an appearance for three years following a series of serious injury problems.

Perhaps the most memorable goal on this list, teenage forward Macheda made his impact at Old Trafford in stunning fashion back in 2009.

Manchester United were in the midst of a tense title race with arch-rivals Liverpool and having come from behind to level with Aston Villa, Ferguson turned to 17-year-old Macheda as one last throw of the dice.

The debutant would win the contest in stoppage time in spectacular fashion, turning in the box before curling home brilliantly to seal a vital win. He would repeat the trick with a goal at Sunderland the following week, wins that would prove crucial as United finished four points clear of their Merseyside rivals.

His United career would fizzle out and he currently plays for Panathanaikos after spells at the likes of Cardiff and Novara, though his contribution will be forever remembered.

Following on from perhaps the most memorable goal, we have most certainly the least.

Former Republic of Ireland U21 international Andy Turner would make just 20 league appearances for Tottenham, though remains their youngest ever Premier League goalscorer after scoring as a 17-year-old in the league’s inaugural campaign.

His goal would see him become newly formed top-flights youngest goalscorer, the winger firing home an injury-time winner against Everton in September 1992.

After falling out with manager Ossie Ardiles he would enjoy a nomadic career, taking in spells at a huge 23 clubs including the likes of Portsmouth, Rotherham and non-league sides Northwich Victoria, Cinderford Town and Banbury United.

#OnThisDay in 1992: @SpursOfficial 2-1 @Everton.
Andy Turner is mobbed by his teammates after he scored an injury-time winner, to give Spurs victory over Everton. Spurs were losing 1-0 in the 79th minute. #COYS 🏴󠁧󠁢󠁥󠁮󠁧󠁿⚪️ pic.twitter.com/b8kuzfole1