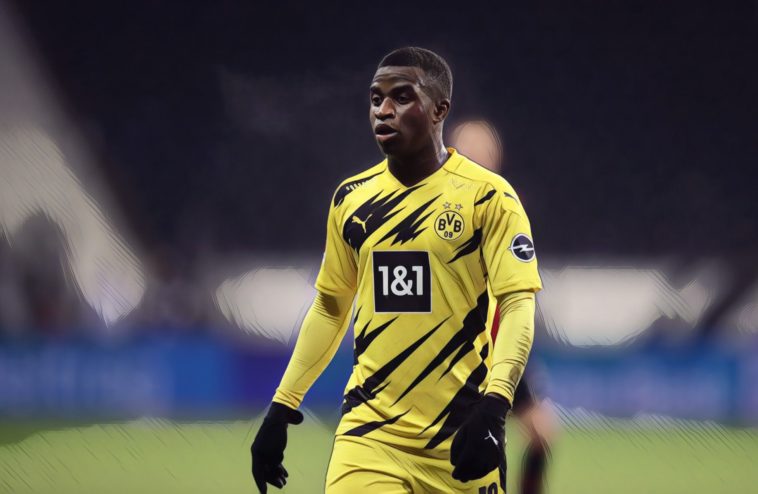 Youssoufa Moukoko made history this week after being handed his Champions League debut by Borussia Dortmund, the teenage forward becoming the youngest player in the competition’s history.

The 16-year-old was introduced as a second half substitute against Zenit St Petersburg to become the youngest star ever to feature in the Champions League, as Dortmund confirmed their place in the knockout stage as group winners with a 2-1 victory in Russia.

Remember him, Sunderland fans? Probably not.

Mavrias made his debut in the Champions League in 2010, becoming the then second-youngest player ever to feature when turning out for Panathinaikos against Rubin Kazan in a goalless group stage draw.

The fixture was largely forgettable but for the introduction of the teenager, much like his three-year stint on Wearside that yielded just four league appearances and two underwhelming loan spells away.

Capped 11 times for Greece at international level, Mavrias made two appearances during a short stint at Hibernian in 2018 and is currently playing his football for Cypriot side Omonia.

Tipped for the top from a young age at Anderlecht, Tielemans was the latest bright thing to come through the Belgian side’s production line of young talent.

He made his Champions League debut from the start in a defeat to Olympiakos in October 2013, aged just 16 years and 148 days. The midfielder quickly established himself as a regular and thrived, winning two league titles before joining Monaco.

He is currently part of the exciting, young Leicester team who have ambitions of securing Champions League qualification this season, having joined the Foxes in a club-record £40m deal in 2019.

Halilovic’s emergence saw him swiftly linked with European football’s elite, many tipping the Croatian to follow in the footsteps of Luka Modric and Mateo Kovacic in joining a major club on the continent.

The hype came after Halilovic made his Champions League debut as a 16-year-old in 2012, coming on as a late substitute in a defeat to Paris Saint-Germain for the aforementioned Kovacic.

Barcelona would come calling two years later, though the now 24-year-old failed to establish himself and his potential is yet to be fulfilled following spells at the likes of Hamburg and Las Palmas.

He was released by AC Milan last summer after underwhelming loan stints at the likes of Standard Liege and Heerenveen, with the free agent agreeing a deal to join Championship side Birmingham last month.

Making his debut less than three months after his 16th birthday, former Nigeria international Babayaro is the second youngest player ever to feature in the Champions League, making his debut in the competition for Anderlecht against Steaua in 1994.

The left-back would spend three seasons at the Belgian side before moving to the Premier League and Chelsea, winning the FA Cup and UEFA Super Cup at Stamford Bridge and enjoying over a decade in English football with the Blues and later Newcastle United.

The teenager was called into first-team training this year after scoring 127 goals in just 84 appearances across various age groups, whilst he has hit 13 goals in just four U19 games this season as he waited to turn 16 and become eligible for a senior debut.

Erling Haaland has labelled the 16-year-old as the ‘biggest talent in world football right now’ and his Champions League bow comes shortly after becoming the Bundesliga’s youngest ever player last month, the German youth international tipped for a huge future and at the right club to continue his rapid rise to prominence.