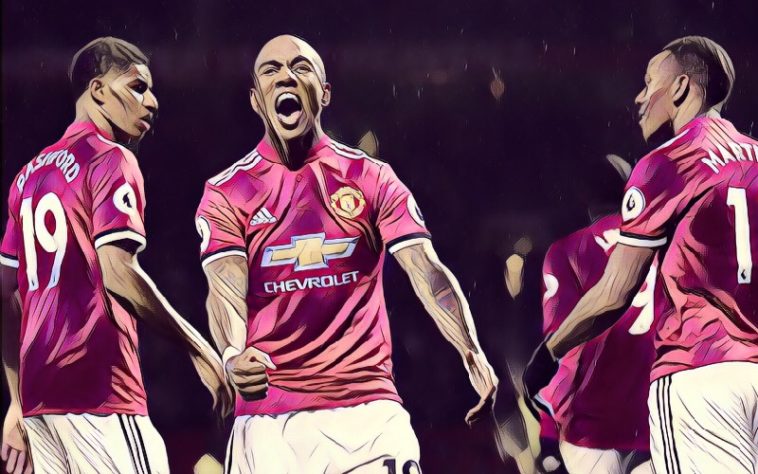 Manchester United’s Ashley Young has refused to concede the title race is over, insisting that anything can happen.

United were given a huge boost last weekend when their bitter rivals Liverpool became the first domestic side to beat the runaway league leaders so far this season, a result which enabled his side to claw their way back to 12 points behind.

However, speaking on Soccer AM, Young is refusing to give up belief that his team can overturn the deficit:

“It’s hard to talk about Man City being superb, what with them being our rivals – you can’t say that!

“There are so many games to play, so many points to pick up, who knows what can happen?

“Things in football change. You wouldn’t have said they would have lost the other day [at Liverpool] but it happens.

“Hopefully they drop points, hopefully we pick up points. We have to wait and see. But I will never say never.”

Young is available for selection again after serving a three match ban, although could face a struggle to get back into the starting XI after Jose Mourinho declared Luke Shaw as one of the best left backs in the world at the moment.

The United Team will undoubtedly be buoyed by the news of Alexis Sanchez’s imminent arrival, as well as the fact they have beaten Man City to his signature. Beating them to the Premier League title in May will be a whole different challenge though.